Welcome to the first post in a new series on this blog: Stationery Factlets [1]The term factoid has two meaning, so I decided to go with factlet, even though the term factoid is more common.. This new series was actually born out of necessity. You might remember my current lack of time. To enable me to post with minimal effort I thought of adding this series where I present small bits of information. Many readers will know some or most of these factlets, but you might be surprised by the occasional fact that is new to you or you might be reminded of old bits of information you have started forgetting.

Staedtler’s Noris digital, their digital pen for Samsung tablets, works with many EMR (electromagnetic resonance) devices (EMR is one of several technologies that makes digital pens work), so it can actually also be used with many WACOM pen tablets (…but because of Staedtler’s current cooperation with Samsung Staedtler’s marketing material only makes reference to Samsung devices).

I would like to thank Benedikt Schindler for the information about the Noris digital presented in this blog post. 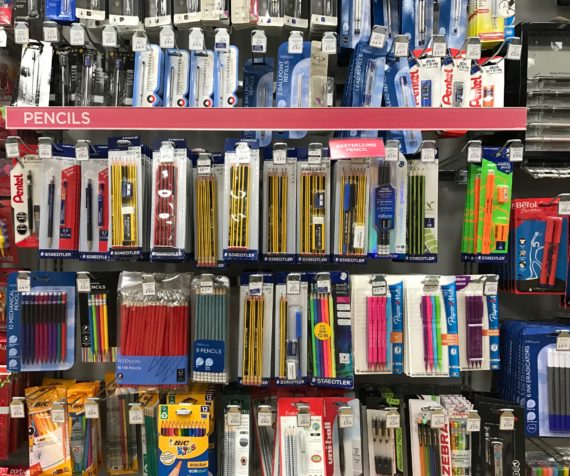 Certainly well deserved: when visiting a WHSmith [1]A British high street chain with a big stationery selection. store recently I noticed that their Noris pencils got a little sign, indicating that they are the bestselling pencils.

As you might know I am partial to Staedtler’s Noris, so couldn’t resist adding this to my stream of Noris blog posts. Here’s a small selection of Noris blog posts to pick and choose: A digital Noris, A broken Clarks Noris, A different kind of Noris in the wild, Neil Gaiman’s Noris pencils, Noris & Co, Shaun the Sheep’s Noris, Upcycling with a Noris, A Noris at the Cricket, A Finnish Noris…, A French Noris…, A Franken Noris, A Franconian Noris,
Noris in the wild, Noris shavings, Noris of the Woods, Uncle Noris, and The Noris, then and now.

By the way, since we are on the topic of Staedtler anyway: they have a nice online Mandala creator on their website. The choice of patterns from different artists is amazing.