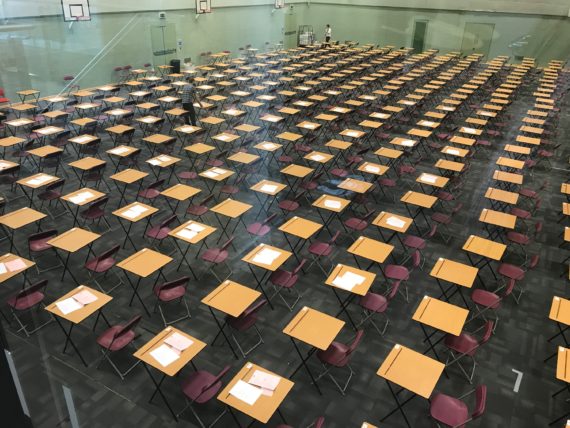 It’s May 4th, but if you want to see a Star Wars post at Bleistift today you’ll have to look at an old blog post.

Instead, today’s post will be about an item of stationery I’ve never seen before I came to the UK.

I’ve been working for a university for 16 years now, but even though I usually see this item when I go to the my department’s stationery cupboard I never really found much use for it, except during exam time. 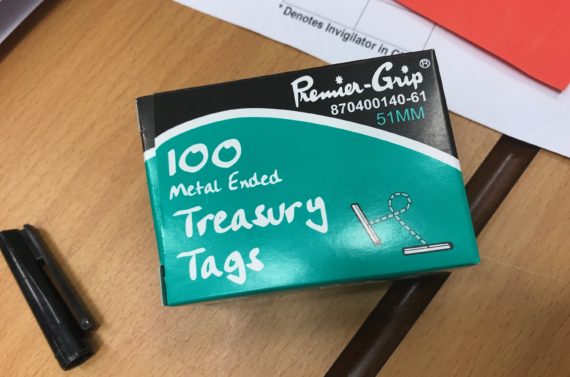 Well, this morning me and my colleague were invigilating an exam for our first year students and the treasury tag came in very handy indeed. If you haven’t seen one: It’s a piece of string with mini metal (or plastic) bars/rods at the end. You use to to connect different hole punched documents – in this case exam answer books and graph paper or supplementary exam answer books. 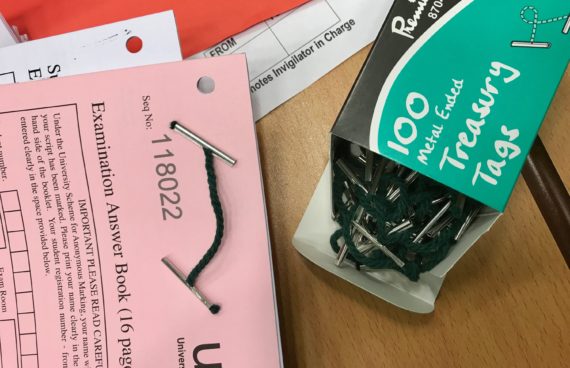 Treasury tags are usually much longer than needed, so the connection is quite loose, but the length of the bars mean that the tag won’t fall out unexpectetdly

I’d like to know whether treasury tags are used or known outside the UK. Please let me know whether these are known or maybe even commonly used in your country. 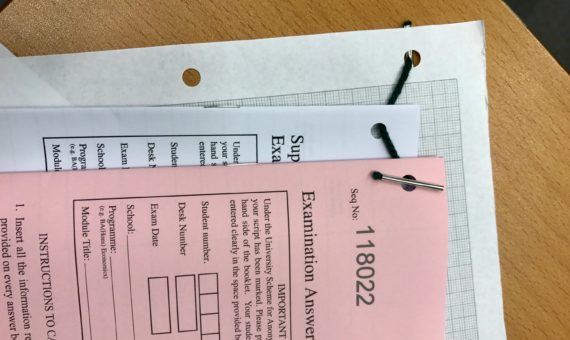 I also came across a few Staedtler Noris pencils from students and even some Noricas – they tend to be blue in the UK, unlike the American ones which tend to be black.

33 thoughts on “The Treasury Tag – A Very British Stationery Item?”