A few years ago M&G, a brand I have previously only seen in Shanghai, started to make its appearance in some local shops. It is still pretty uncommon to see M&G pens here in the UK, at least with M&G being mentioned on the pen or packaging, but I wouldn’t be surprised if some no name pens you can buy here are actually are from M&G.

Deli, another Chinese brand, has already entered the West as on OEM for some famous brands like Faber-Castell and Koh-I-Noor. I have previously looked at Deli’s sharpeners: the 0620 might be the original classroom friendly sharpener, the 0668 is great if you don’t want your sharpener to produce too acute a point and don’t mind a quirky look and the 0635 is a personal favourite of mine.

Now Deli also seems to become more easy to get hold of in the West, this time for another product that is not directly linked to pencils. This time this is thanks to Amazon. When I needed some Sellotape (a brand name that is used as a generic term in the UK, the US equivalent is Scotch tape and the German equivalent is Tesa) I thought I give Amazon’s own brand a try. Amazon Basics tape was similarly priced to other brands, but I was keen on trying out a taped I hadn’t tried before – there might be some good stuff out there I missed so far.

I haven’t used used much yet, it just arrived this week, but so far I am quite happy with this tape.

Coming soon to a Bleistift blog near you:

I get why there is a market for fake luxury pens, but creating fake versions of affordable pens seems rather ridiculous. In this case the pencil being copied costs less than £1. Yes, you could argue that £1 is much more than what you’d pay for a no name pencil …but if you think about how long a pencil lasts (when you use it the way it is supposed to be used [1]i.e. writing or drawing on paper, I mention this because if you use pencils e.g. to mark wood it won’t last very long, so a Lumograph might not be the best choice for that) then I have to say that the Lumograph is excellent value for money. You can enjoy writing with an excellent pencil for weeks or months for much less than what a coffee costs on the high street.

Bleistift blog reader Koralatov made me aware that fake Lumographs are being sold on eBay and I couldn’t resist ordering a pack to have a closer look.

The wood being used is very(!) different to the one being used for real Lumographs. It is very pale, we’re talking basswood pale or even more pale.

The hardness is only printed on one side of the end of the pencil instead of being printed on all sides. Some pencils don’t have the hardness printed at all and for most pencils the indentation around the hardness is very deep, as if they have been stamped too hard.

The fake pencils are being sold as Chinese made factory seconds. Staedtler does produce the Lumograph in Asia, but it is made in Indonesia with German Leads. The real Indonesian Lumograph pencils are marked with “German Lead” instead of “Made in Germany” and use cheaper wood, like Jelutong. They are also sold in other Asian markets, as seen at this link.

Suffice to say that these fake Lumographs are very scratchy, even the soft degrees, and are not nice to use at all.

Since we’re talking about pencils: Here’s a bonus link for you: It’s a Dutch music album called Bleistift from 1981:
https://www.discogs.com/Bleistift-Bleistift/release/1914478 – I wonder how it sounds like. I assume it’ll sound quite different to the Pencil Revolution song.

In many countries back to school offers have arrived in the shops. Why not do back to school in style: Sci-Fi style – with The Wandering Earth-themed stationery.

The Wandering Earth is a novella from Liu Cixin and also a Sci-Fi movie based on the novella. As far as I know the movie can be watched on Netflix in many countries.

I first came across Liu Cixin though his Remembrance of Earth’s Past trilogy – when the first book The Three-Body Problem was dramatised for a German radio station. A year later the dramatisation of the trilogy’s next book The Dark Forest was broadcast on the same radio station. By that time I was so hooked that I didn’t want to wait another year so I read the English version of the final book of the trilogy (or rather I let my phone read me the ebook on my work to and from work).

M&G, a Shanghainese stationery manufacturer that made several previous appearances on bleistift.blog, approached Frant Gwo, the director of The Wandering Earth movie for this cooperation.

The Morning Light Award Series won the iF award in 2019.

The Morning Light Star Universe Series is the girly high-end stationery from the Wandering Earth stationery.

The images in this blog post has been taken from an M&G post and fall under “fair dealing” as described by the UK Copyright service. 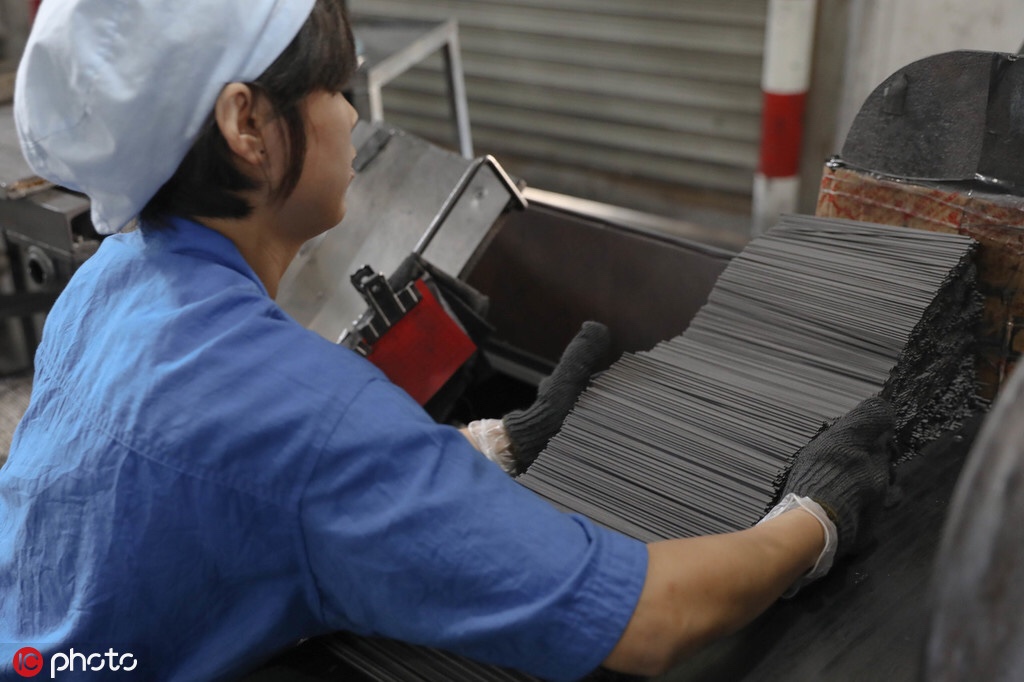 You can see all of the photos at

The Chung Hwa Drawing Pencil 101 is still the pencil of choice in Shanghainese Dim Sum Restaurants.

In the nicer dim sum places, like here in a branch of Sue Hsiao Liu, they are of course also nicely sharpened.

If you wonder where they come from or how many a restaurant would keep: here’s this branch’s ‘secret’ stash of sharpened Chung Hwas, ready for the customers.

If you want to read more about Chung Hwa pencils – here’s a selection of related blog posts form around the web.