I get why there is a market for fake luxury pens, but creating fake versions of affordable pens seems rather ridiculous. In this case the pencil being copied costs less than £1. Yes, you could argue that £1 is much more than what you’d pay for a no name pencil …but if you think about how long a pencil lasts (when you use it the way it is supposed to be used [1]i.e. writing or drawing on paper, I mention this because if you use pencils e.g. to mark wood it won’t last very long, so a Lumograph might not be the best choice for that) then I have to say that the Lumograph is excellent value for money. You can enjoy writing with an excellent pencil for weeks or months for much less than what a coffee costs on the high street.

Bleistift blog reader Koralatov made me aware that fake Lumographs are being sold on eBay and I couldn’t resist ordering a pack to have a closer look.

The wood being used is very(!) different to the one being used for real Lumographs. It is very pale, we’re talking basswood pale or even more pale.

The hardness is only printed on one side of the end of the pencil instead of being printed on all sides. Some pencils don’t have the hardness printed at all and for most pencils the indentation around the hardness is very deep, as if they have been stamped too hard.

The fake pencils are being sold as Chinese made factory seconds. Staedtler does produce the Lumograph in Asia, but it is made in Indonesia with German Leads. The real Indonesian Lumograph pencils are marked with “German Lead” instead of “Made in Germany” and use cheaper wood, like Jelutong. They are also sold in other Asian markets, as seen at this link.

Suffice to say that these fake Lumographs are very scratchy, even the soft degrees, and are not nice to use at all.

Since we’re talking about pencils: Here’s a bonus link for you: It’s a Dutch music album called Bleistift from 1981:
https://www.discogs.com/Bleistift-Bleistift/release/1914478 – I wonder how it sounds like. I assume it’ll sound quite different to the Pencil Revolution song.

I love sliding sleeve pencil and am a big fan of Pentel’s Orenz, so naturally, I couldn’t resist when, last year, I saw a fake Pentel Orenz for sale. Well, I say fake, but this copy doesn’t actually pretend to be an Orenz, nevertheless, it is as close as can be…

Have a closer look at this pencil in my video.

The click-baity title and cover picture are thanks to some ‘advice’ from Techmoan. 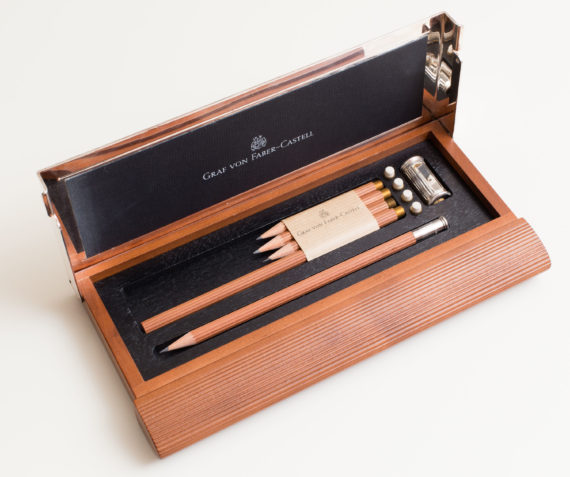 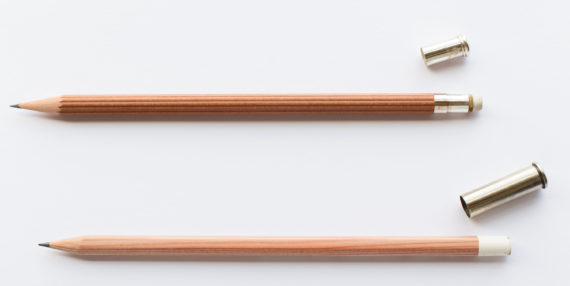 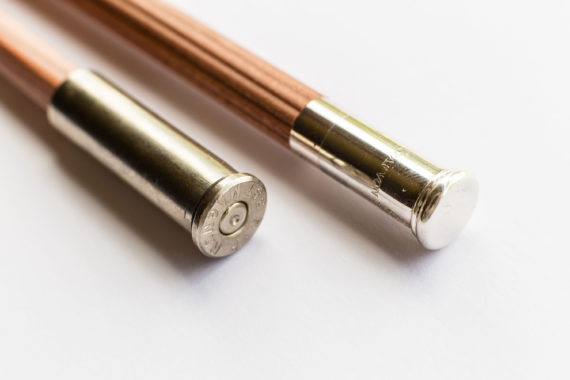 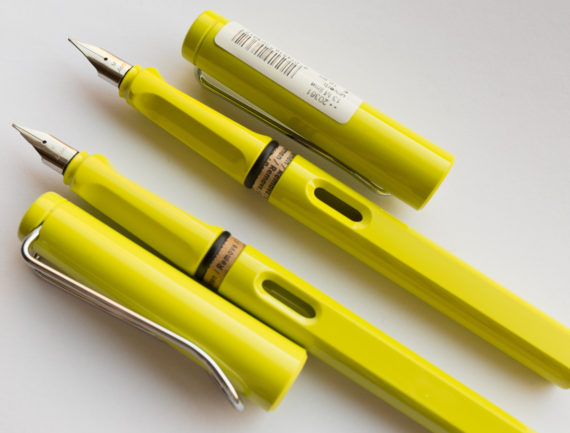 I am quite sure that I’ve written about my use and like of Lamy pens in previous blog posts.

My admiration for Lamy started in the Eighties

I’ve started using Lamy Safari fountain pens more than 30 years ago (my first fountain pen was from Pelikan though) and have been very happy with them throughout the years. I really can’t remember what colour my first Lamy Safari had, but I am quite sure it came in a cardboard box like the one seen here (scroll down), the one the first Safari came in. The next ten years the Safari (I had a few over the years) was being used every weekday.

I’ve also spend some time near Heidelberg (the place were the Lamy Safari is made), because I have some relatives who live two miles East of Heidelberg. It’s a great place, even though that doesn’t have anything to do with the design and quality of their pens.

..but what’s that? Dark clouds over Heidelberg and the Lamy factory. The fake Safaris are coming!

Invasion of the fake Lamy Safaris

Well, when I got the pens I noticed that they didn’t feel right. One of them was lime green, Lamy’s special colour in 2008. The ‘screw’ in the cap had the wrong colour and the ink feed was shiny, something I have never seen in any of my Lamy Safaris (I confess, I have a two digit number of them – Oops.). I have a few lime green Safaris, which were bought from Papier Pfeiffer. So I thought I compare the eBay lime green Safari with my Papier Pfeiffer Safari: well, the colour was similar, but not the same. In artificial light the difference between the real and fake colour looks even bigger than in reality.

A quick search on the Internet revealed that fake Lamy Safaris are a thing. Desk of Lori wrote about it and Goldspot Pens made a video about fake Safaris.

The fake Safaris have certainly improved since Goldspot’s video. My nib looked quite good, the line goes straight to the middle of the breather hole. The ink window also matched up correctly with the grip section, so that’s another area where the fake Safaris have improved.

So what things did I notice that were different between the fake and the real Safari?

I have sent the seller a message in case they were not aware that they are selling fake Safari. The two colours I bought are now not available anymore, there’s only a yellow Safari left now.

Thinking how much progress has been made since Goldspot Pen’s video was made the fake Safaris could, if they improve further in the next years, be very difficult to spot ..but even if the appearance is gettng closer to the real thing, it still looks as if they are not as durable, don’t write as well

and they’re also not much cheaper [1]I also wouldn’t be surprised if the manufacturing process is not really bothered about being environmentally friendly..