I guess I’m a glass half empty guy. One of my Wopex in 2H broke today. A glass half full guy would probably rejoice, now being in possession of two pencils instead of one.

I used it to open one of the fire doors at work using the pencil. Something I am sure I did with other (wooden) pencils in the past. They survived, my Wopex didn’t. 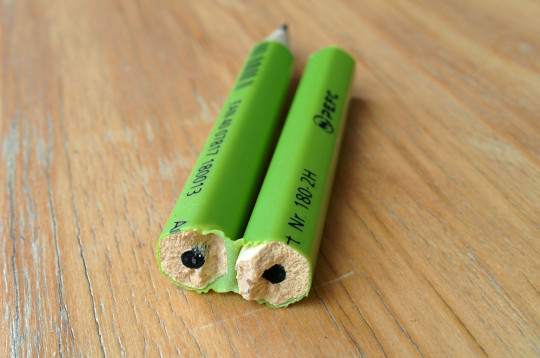 I guess the fact that it the Wopex is hard to sharpen made me subconsciously assume that it would have a high fracture strength.