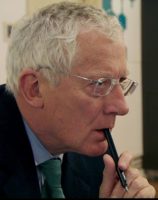 Today an interesting article appeared on the BBC News web site: “Why are fountain pen sales rising?“. You might remember that Nick Hewer from the Apprentice is using Lamy fountain pens (see my blog post from last summer where you can see him using a Lamy Joy). He is being mentioned, too, and there are also links to other fountain pen related articles. 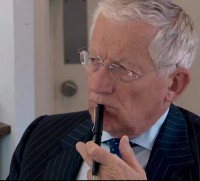 The photos of Nick Hewer using a Lamy Safari have been taken from series 8 episode 2 and 6 of The Apprentice UK. I believe that the use of these images falls under “fair dealing” as described by the UK Copyright service.

I bought these erasers when I was in Germany over Easter.

The manufacturers of both erasers like to emphasise that the erasers are phthalate-free. A while ago plasticisers were a big topic in the news in Germany. I think there might have been a scandal regarding plasticisers in toys – or maybe this started another way. Both erasers were €0.79 (~ $1; £0.63). 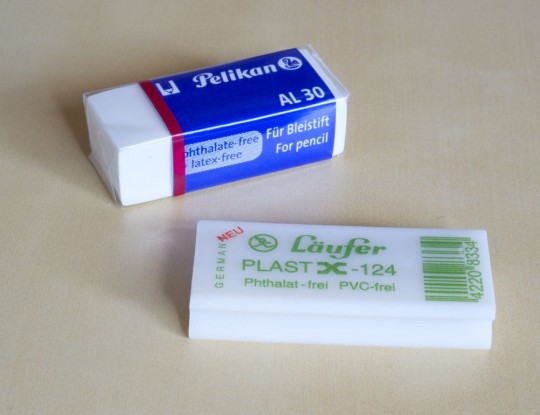 One of my favourite type of computer games were always adventure games. Even though I knew about the adventure games from Sierra On-Line, I played the games from Lucasfilm Games much earlier, as I didn’t have a 16-bit machine at the time1. When finally did have a 16-bit machine (an Amiga) I played all their games I could get my hands on, including the remakes – and I then did the same again when I switched to a PC (which was quite late, in 1996).

The Two Guys From Andromeda, the creators of the Space Quest series, recently started a Kickstarter project and the first prototype they released shows the Staedtler Mars technico (see picture) next to a sheet of paper within which the protoype is running. Nice to know that they, or someone from Q42, is using this lead holder.

Print Ad of the Week

Speaking of Staedtler, an advertising magazine made one of Staedtler’s ads their “Print Ad of the Week” this week. Here’s a link where you can see the photos as part of a critical article (in German). The criticism is that Leo Burnett, Hong Kong, who is behind this ad copied the idea from Dalton M. Ghetti. There has also been a reply to the criticism (in English) where you can see both,  Ghetti’s and Burnett’s, pencils.

You can find a review of the Staedtler Mars technico at Lung Sketching Scrolls and some nice, vintage technico photos at Lexikaliker.

The screenshot of the Staedtler Mars technico has been taken from the The Two Guys From Andromeda SpaceVenture Prototype. I believe that the use of this image falls under “fair dealing” as described by the UK Copyright service. 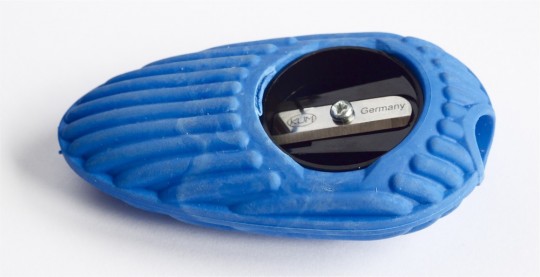 The blade of the sharpener is fixed to a plastic body which in turn is encase by (quite a large) eraser. I am sure it will take quite a long time to use this eraser up. 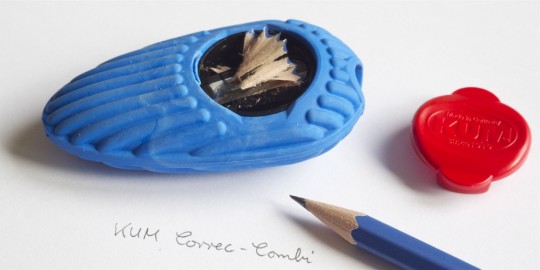 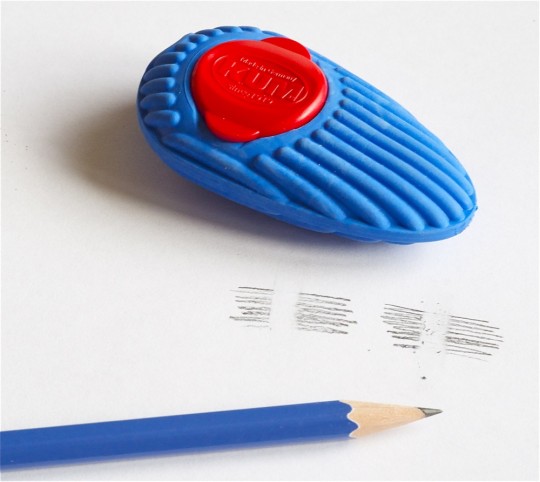 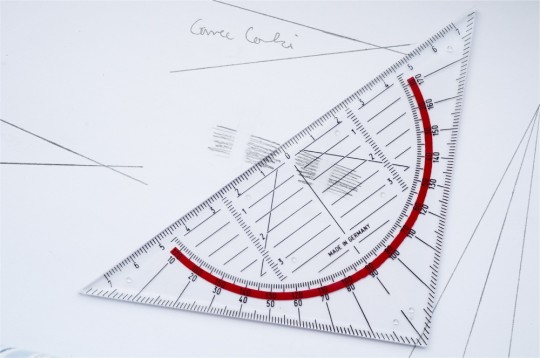 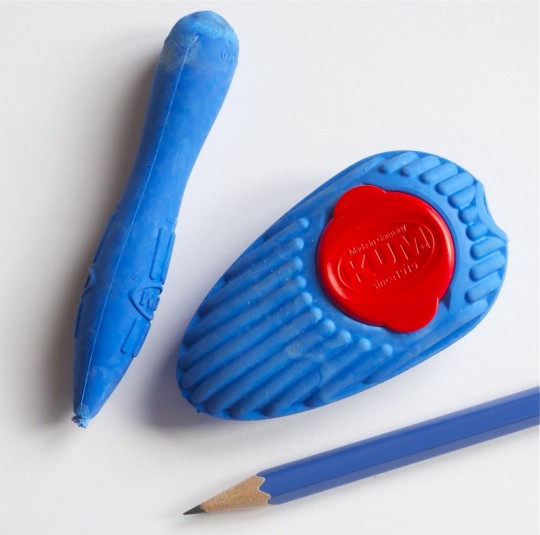 I would like to thank Hen Chung from RAH for the Staedtler norica 132 46 HB you can see on the photos. It’s the less purple version with blind stamped “SRP”2.

In a previous blog post I wrote about Faber-Castell’s sharpener-eraser pen.