Just one or two days after I last mentioned Stilform, they announced their latest Kickstarter project: the Stilform Aeon.

The implied claim is that using this pen is “not at the cost of the earth’s precious resources”. I like stationery, but when marketing departments make claims like this I get very sceptical. Comparing the eternal tip to a pencil doesn’t seem to make sense: writing with metal alloy tips is not comparable to writing with a pencil. The lines that pens like this leave are very light, at least that’s the case for the metal alloy pens I have used. Based on what I have seen on the Kickstarter page the Aeon is not different.

That leaves a comparison between the graphite tip on this pen and a pencil.

I might not have understood how this pen works, but I think graphite will be ‘used up’ when writing with this pen , so it looks as if to refill your pen you need to buy new graphite tips that come with magnetic ends. Generally speaking magnets are not eco friendly, so I am not convinced that buying replacement graphite tips is better than buying wood cased pencils, especially not if they are made from FSC certified wood.

Just to clarify, I don’t have a problem with the Aeon, but if you claim or imply this pen is better for the environment, and that is the opening and main point of the Kickstarter video, then it would be nice to provide some details how you came to this conclusion.

It’s great if this pen is better for the environment, but if so then explain why that is instead of just telling us and we have to believe this without an explanation.

If you like stationery, you have probably come across the Drehgriffel by now.

Leuchtturm’s [1]Officially Leuchtturm1917, but I will also use Leuchtturm without the number to shorten the name. first reincarnation of the century-old Drehgriffel has been around for about two years. When it was released, its beautiful design won the Red Dot Design Award in 2020.

The first reincarnation Drehgriffel, designated the Nr. 1, is sold as a gel pen and accepts G2 style refills.

As is common for Leuchtturm1917 products, the pen is designed in Germany and made in Taiwan. I bought my Drehgriffel in July 2021 from CultPens for £18.50. Given what is going on in the UK and around the world, it comes as a slight surprise that the price has not changed in the last twelve months and is still £18.50 at the time of writing (July 2022). The price is in line with what you would be expected to pay for similar pens and normally you can’t find the pen much cheaper in the UK – unless there is an offer, like the current offer for £15 by The Paper Collective.

My Drehgriffel came with a Leuchtturm1917 branded, Japanese-made black gel refill in 0.5mm.

I love the design of the Drehgriffel. It has an old feel to it, thanks to the shape, the pastel-y colours and the old feel of the writing on the pen’s body.

The pen feels extremely well made and has an aluminium body with some plastic insides. Unfortunately, it doesn’t have a clip, so mine spends its time on my desk, rather than in my shirt pocket.

Leuchtturm has recently released the Nr. 2 version of the Drehgriffel. This version won the Red Dot Design Award 2022 and is the mechanical pencil version. Where the Nr. 1 had a white grip section and twist head, the Nr. 2 sports these elements in black. Despite my love for pencil I have not bought one yet as it is only available in 0.7mm – a rather big lead diameter for my handwriting which I prefer to be small (to get more on the page).

I won’t do a review of the Drehgriffel Nr. 1 as there are already several reviews out there (you can find a list at the end of this blog post), instead I’ll tell you a bit about the Leuchtturm group that owns Leuchtturm1917. The company has been around for more than 100 year and, like Rotring, they are from Northern Germany (Hamburg). For many years their main business was linked to products for collectors of stamps, coins and other items. Lucky for us stationery fans they started Leuchtturm1917, which by now has branched out from notebooks and diaries to also include nice pens. The Leuchtturm group also own Semikolon and other brands, but most interesting for readers of this blog will probably be their brand Stilform.

If I want to simplify an explanation of what Stilform does I would boil it down to the following: Stilform uses Kickstarter to finance the production of pens made from Aluminium. These pens use a magnetic mechanism to hold the cap in place, similar to the one made popular by the Montblanc M. They are nice but a bit chunky, with a choice of (Bock) nibs. Their fountain pens don’t contain glue or plastic. I bought some of their accessories and my favourite, with a permanent space in front of my monitor, is their wooden pen holder, a bit like a pen tray for one pen.

Other blog posts about the Drehgriffel (in chronological order)

Earlier this month I went to Fred Aldous, an art/craft/stationery store in Manchester that has bee around for more than 100 years. 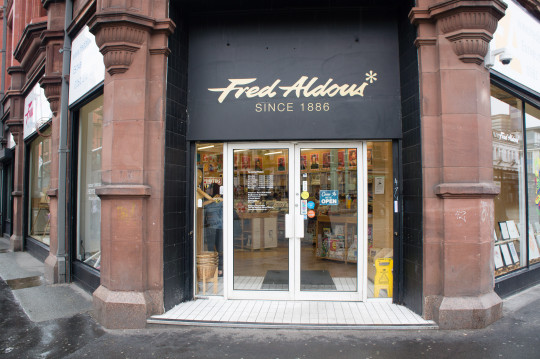 Visiting this store is a great step up from visiting the usual chain stationery shops that all tend to offer the same items. Instead of finding what you can find everywhere you’ll find items that are usually only available in online shops or from abroad.

On the ground floor you will find imported, novelty and quirky stationery. This includes Field Notes, the first time I’ve seen them in a brick and mortar shop.

Less of a rarity: Rhodia …but I have never seen so much choice in one shop. 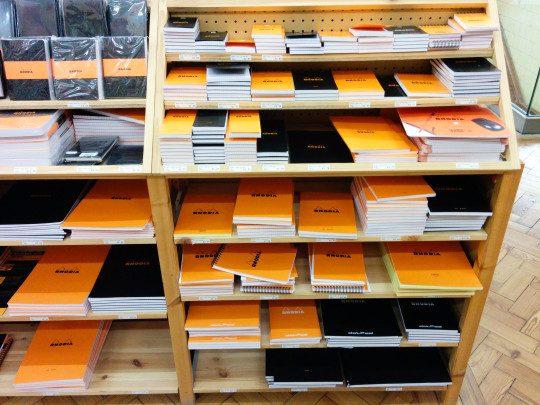 I was also able to stock up on Leuchtturm loops and saw pencils ‘live’ that I had to mail order in the past, like the Perfetto pencils mentioned previously.

The basement did remind me of a Hobby Craft store (an arts and craft chain in the UK). Lots of pencils, inks, etc, but of the less exotic kind. It’s still exciting to see so much choice in one place.

Parking isn’t easy in the centre of Manchester, but one of the side streets just next to Fred Aldous didn’t have double yellow lines all the way through, so I was able to park free of charge in a convenient location.

I also managed to buy a few exciting items. 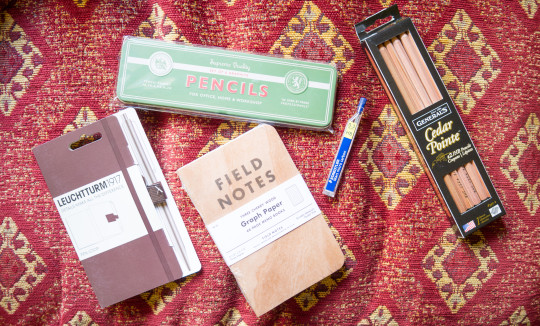 You can find review of the Field Notes Shelterwood at The Writing Arsenal and at The Gentleman Stationer. The Field Notes I bought is the Cherry Graph, which is nearly identical.

Explosive Ltd, the company behind the Blacking Limited Edition video and running the Wood & Graphite blog, has a video review of the Cedar Pointe, bought in the same store. 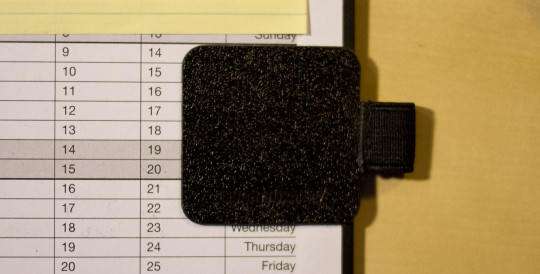 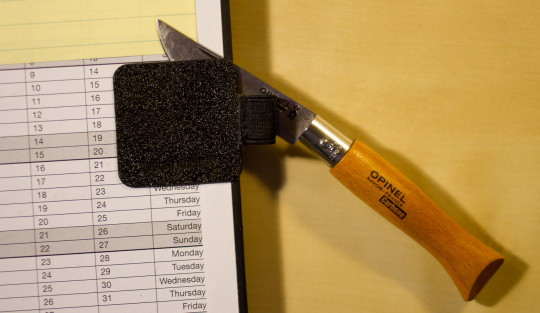 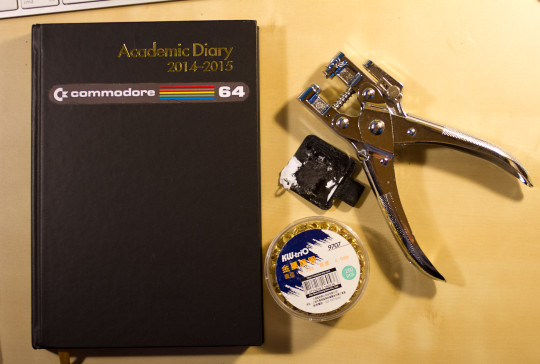 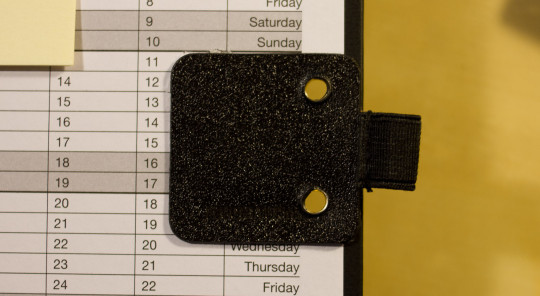