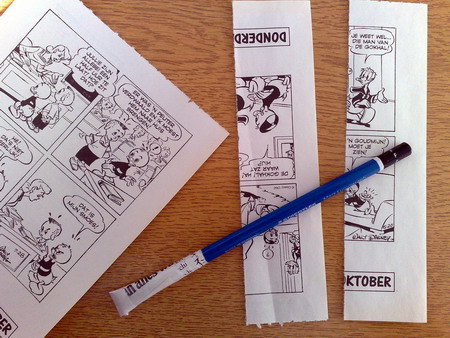 For this simple point protector you need some old paper and sticky tape. I usually use the reverse side of calendar sheets to make notes, but the sheets of this Dutch calendar (see first picture) with Donald Duck comics are printed on on both sides. As I cannot use them for notes I will use them to make the point protectors. Maybe you also have some old calendar sheets somewhere. Just divide a calendar sheet into three equal strips. If you use other paper cut it into strips about as long as a pencil and a quarter of a pencil length wide. Roll the paper around the pencil and fix it with sticky tape. To increase stability you might want to close one end of the cylinder you just created. Either fold the end over and fix it with stick tape or just use sticky tape to close it without folding the end over. 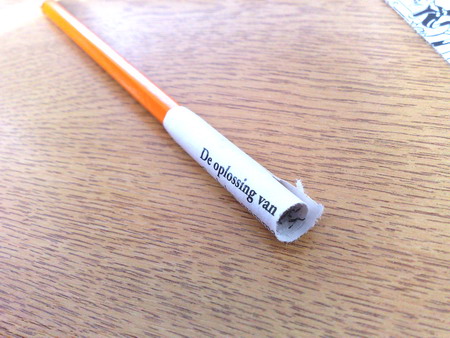 Some pencils, like the Staedtler Wopex, have a rubber-like surface which is nice when as it gives you more grip but makes removing the point protector difficult. In this case just put some sticky tape on the inside of the protector to reduce friction. 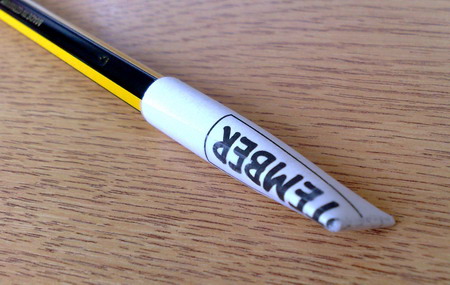 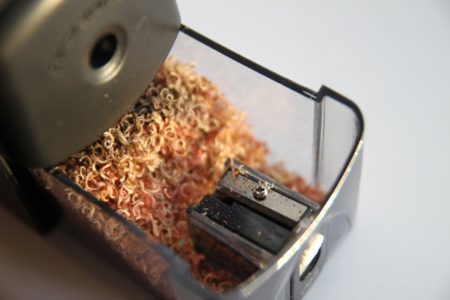 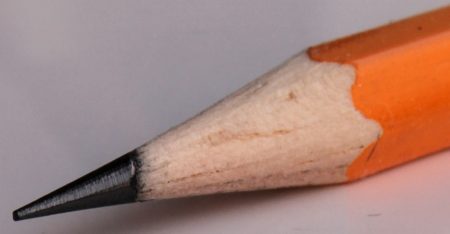 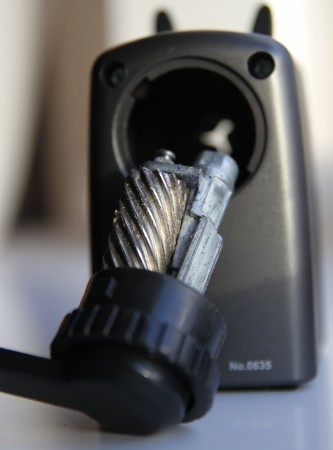