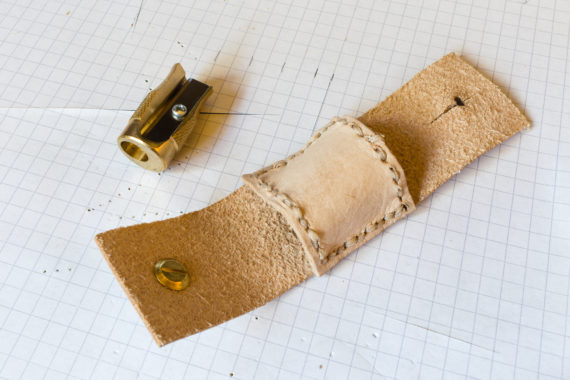 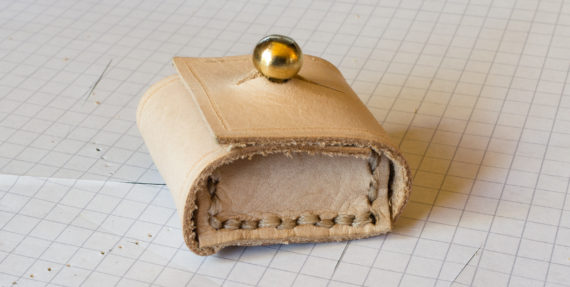 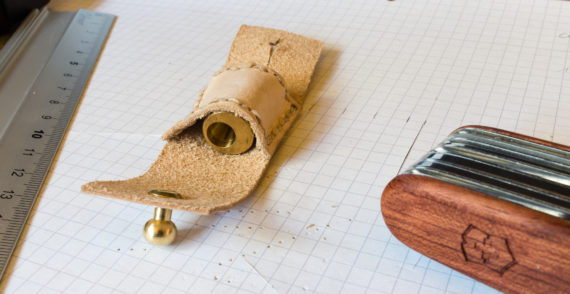 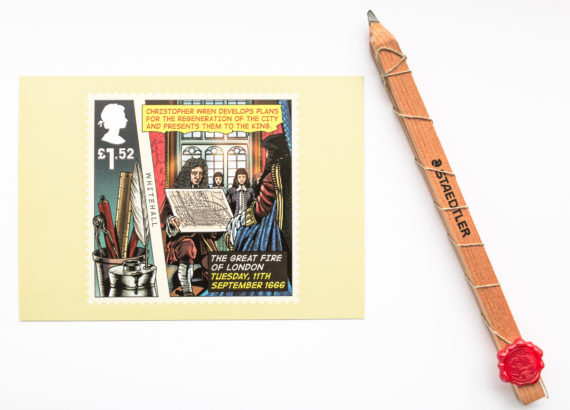 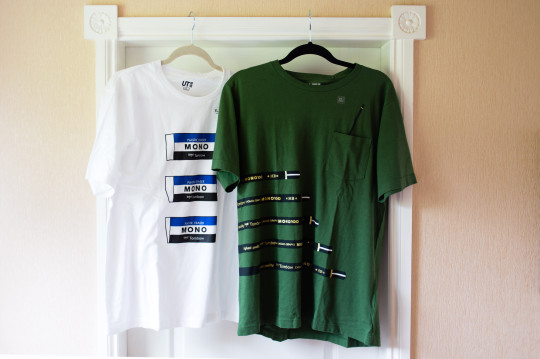 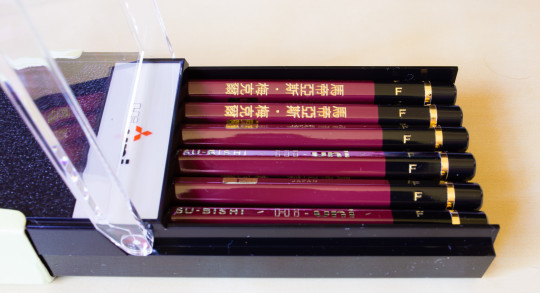 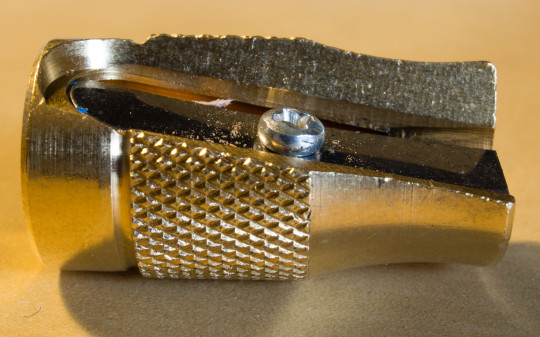 You might remember Lexikaliker’s blog post about Möbius+Ruppert’s new sharpeners Castor and Pollux. Well, thanks to Lexikalier’s generosity I got my hand on half of these geminis, I even got the more interesting half: the Pollux, a brass sharpener that’s producing a concave tip. 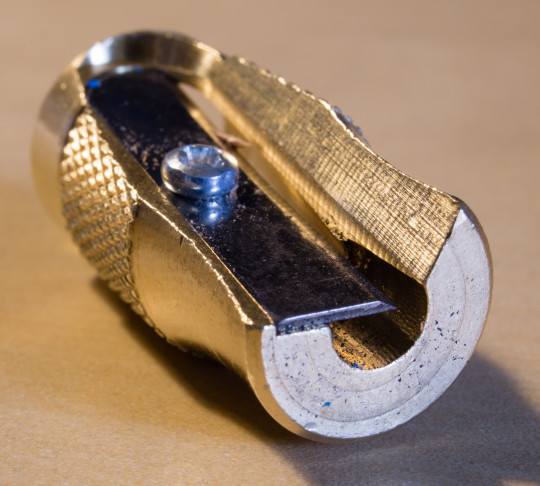 Lexikaliker has already covered all important points in his blog post about the Pollux, so I’ll keep it short and will just add a few of my impressions.

Out of the box the sharpener did sharpen well, but it was tearing/ripping the wood more than it should. Strangely enough the graphite point was cut very well, so I am not sure what exactly caused this behaviour that only affects the wood, not the graphite part.

You can see what exactly happened in this video:

I tried fixing it by sharpening the blade, first on a Belgian whetstone. You might have seen this stone in my videos about the Little Shaver. Unfortunately it wasn’t abrasive enough or I didn’t try long enough. I then tried my luck with Spyderco’s Sharpmaker and I got great results. After soe work on the blade the Pollux sharpened like a dream. Before working on the blade it produced shavings with holes in it, because the wood was torn. The shavings themselves had a thickness of around 0.25mm. After my blade treatment the shavings were thinner, 0.15mm thin – very thin.

Here’s a video I made after I worked on the blade:

Like Lexikaliker I measured an angle of around 18.5° for the pencil points produced by the Pollux.

I have added the Pollux to my list of sharpeners.

Please open the images in a new tab to see them in high resolution.

Please open the videos in Youtube to watch them in 4K.