As mentioned previously work is keeping me more than busy at the moment, so there won’t be many blog posts for a while (probably until January or February). I do still spend some time on my stationery hobby, but it is just to manage the Stationery Wiki – in your average week, there’s actually more spam added, which needs removing, than real content.

I am very happy to see that despite the lack of new posts there are still comments being left at this blog and even happier to see that a gift arrived at Bleistift HQ, just in time for today’s eight birthday of this blog. Thank you, Tg Das Drehmoment, who send these treasures from Berlin.

I’m very much looking forward to next year when I hope there will be months with up to 15 blog posts again, rather than the current very occasional posts. 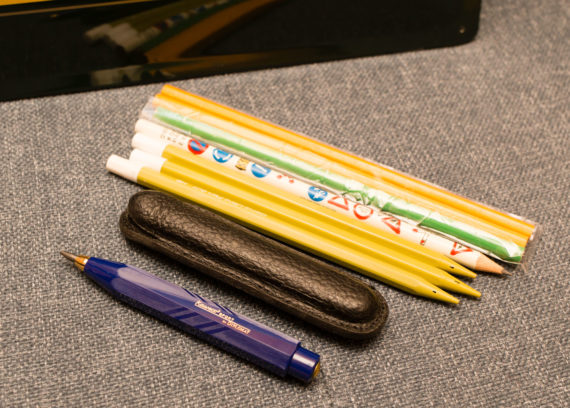 PS: You can see the fitting pencils for the Faber-Castell sign in the Jubilator blog post. I wonder whether the sign is from Faber-Castell’s 222nd birthday in 1983.