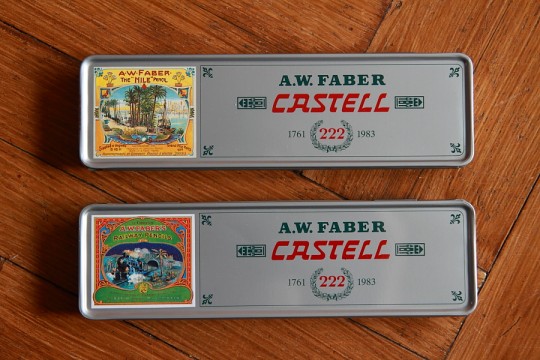 Two of the Castell 9000 Jubilator tins 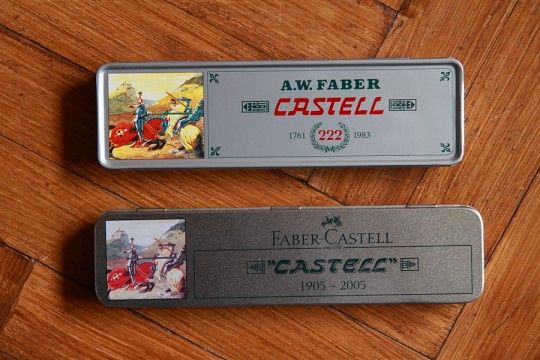 Let’s have a look at Faber-Castell’s 222nd anniversary in 1983. Back then pencileers, molyvophiles [1]Someone passionate about pencils and molyvologues [2]A student of pencils had more than enough reason to celebrate. I wonder whether there was a corporate party for their business partners in 1983, too. Personally, I prefer nice anniversary products, but that’s rather selfish, Faber-Castell business partners will probably prefer the party. 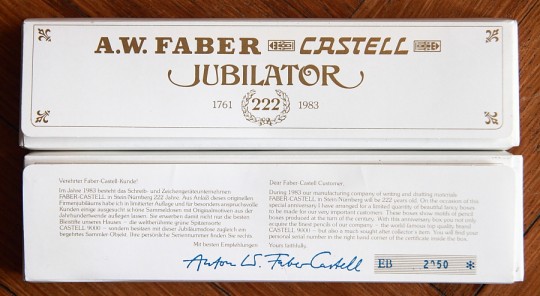 Why is the 222nd anniversary so important? I don’t know. I certainly don’t know why there have been more exciting products back then than in the 250th anniversary year so far. In my experience people from German-speaking countries place more importance on Schnapszahlen (repdigits) than people from English-speaking countries. You might argue that a repdigit is not very important, but then a ’round number’ is actually not that exciting any more once you change to another positional notation [3]25010 = 3728 = FA16 = 111110102. 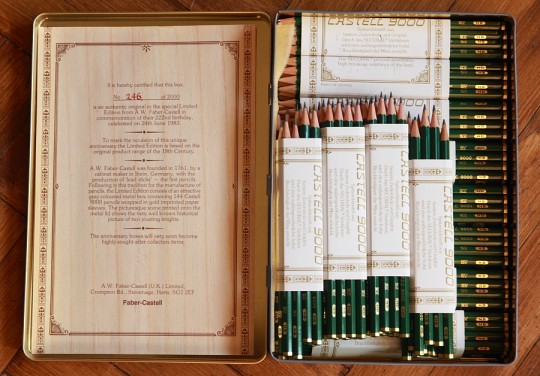