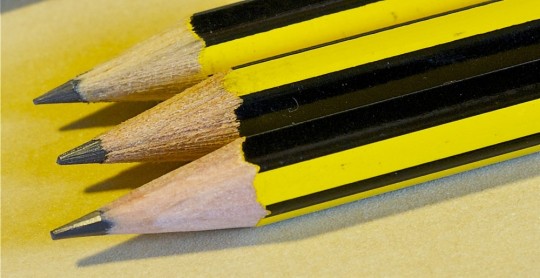 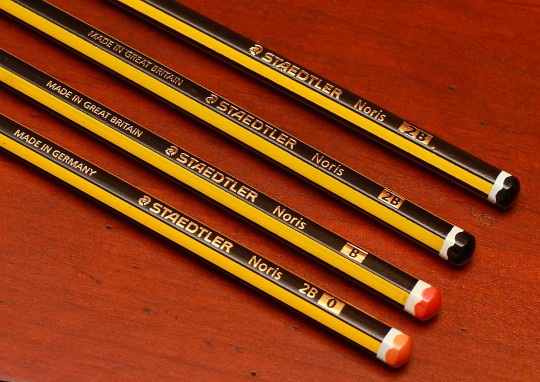 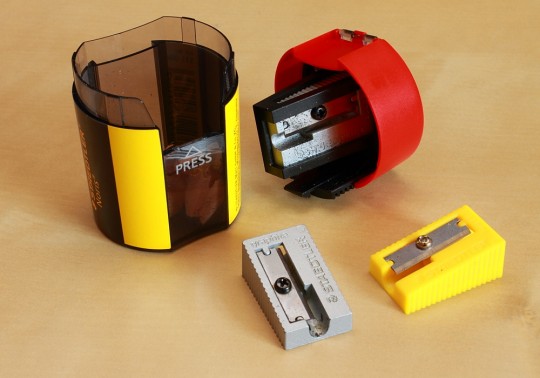 I used a notepad from Brunnen [1]bought in August 2011 at McPaper in Schweinfurt, Germany for €1.19 (~ $1.46; £0.96) to compare the different leads in terms of smoothness, reflectiveness, darkness, erasability, graphite transfer to another page and how long they keep the point. As far as I can tell the three different Noris perform very similar. The graphite from the Malaysian Noris might transfer a bit easier to another page, e.g. in a diary, but it’s only every so slightly worse than the other two Noris pencils. 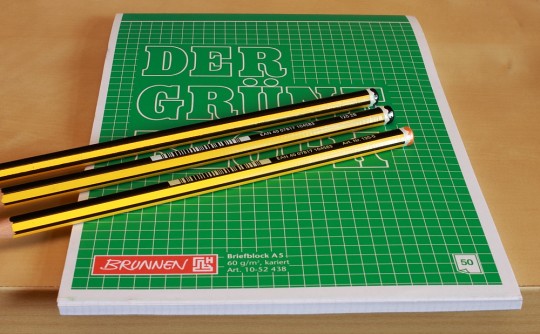 For me the Noris is THE typical pencil. Previous blog posts showed the Noris being featured on TV. Today I want to add two more screen shots. One from Episodes, where Sean Lincoln (played by Stephen Mangan [2]…who recently, as Dirk Gently, used a Faber-Castell Grip 2001 ) is using a Stadtler Noris in the USA, even though it isn’t officially on sale in the USA. The character must have brought it from the UK, the desk is full of Noris pencils ..or, in the real world, this scene might have been filmed in the UK. 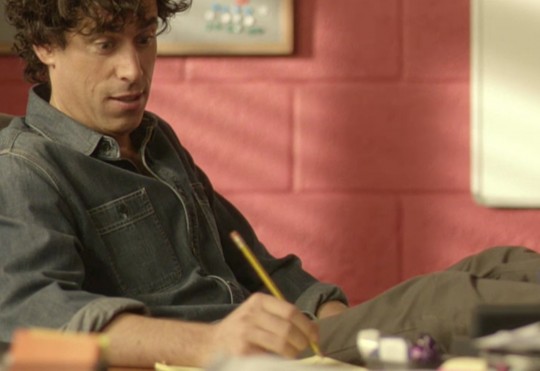 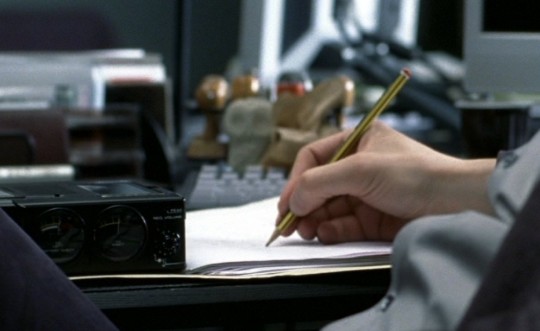