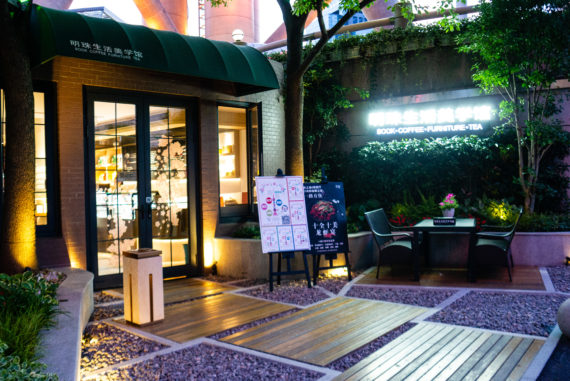 Another Shanghai post and a quick look at another bookstore. This one is in Shanghai’s Pudong district, very close to the Oriental Pearl Tower. The official English name seems to be ‘Pearl Life Aesthetics Museum’.

It’s one of the most unusual bookstores I have seen. It is directly outside some of the busiest streets of buzzing Shanghai, the most populous city in the world (more inhabitants than Australia or more than Ireland, Austria and Switzerland together).

Inside, it is an unexpected oasis of calmness, though. When you enter the bookstore you are in the Café area.

Coffee and cakes aren’t cheap here, but then again they aren’t that much more expensive than in nearby chains like Starbucks.

The bookstore consists of several small building, all encased in the garden that surrounds them.

People can sit there and read a book, while enjoying their hot drinks. 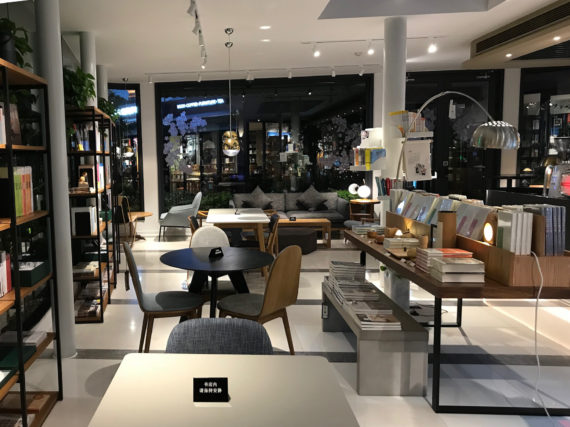 Most tables also have buttons you can press to summon a helpful employee. 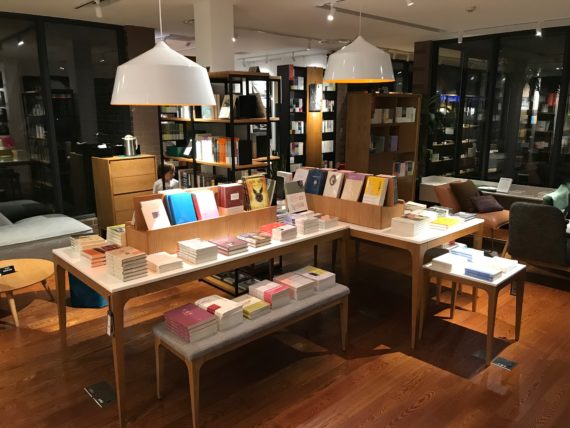 The whole place was extremely clean, but despite outside being very busy (nearly chaotically busy) there was only one other customer (except us) in all the small buildings.. 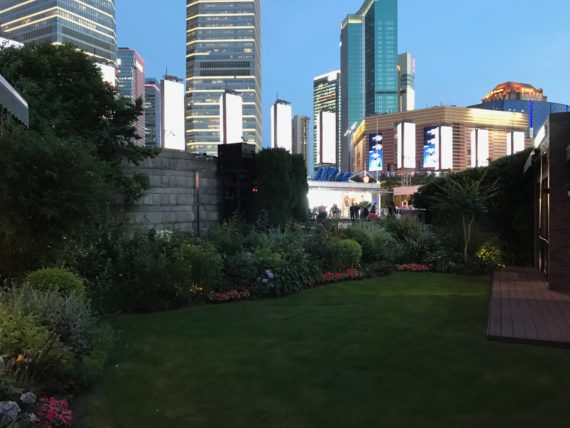 I hope this kind of bookstore can survive. I assume it is somehow subsidised, but I am not sure how long that will last in a fast changing place like Shanghai.