Daniel Kahneman’s new book will be out tomorrow.

His last book, released ten years ago, featured what appears to be a Mongol on the cover – with an extremely acute point, sharpened at 14°. At the time I did show a photo of the book cover with a Mongol on top so that you can compare the ferrule and the paint colour of the pencil to a Mongol.

It’s nice to see a pencil and also graphite lines on the cover of his new book as well. The pencil on the new cover seems to be the same pencil (same bite marks), mirrored in photo editing software.

You can find out more about Kahneman’s new book on Radio 4’s Start the Week programme. 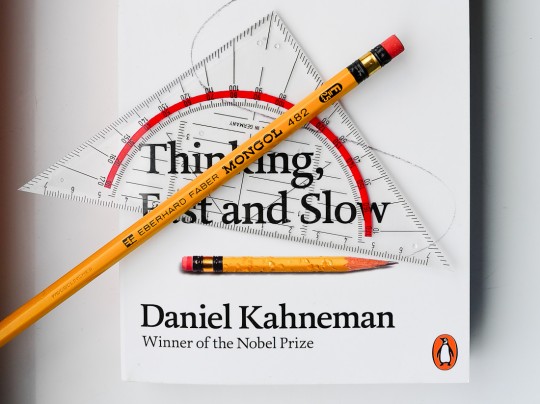