Simbalion are, as far as I can tell, not very common in the West. In a previous blog post I looked at the Graphic Pencils from Simbalion, one of Taiwan’s oldest stationery manufacturers. When I visited Keyroad, a Chinese stationery chain where I bought my previous Simbalion pencils, I saw Simbalion pencils I hadn’t noticed before: Simbalions supreme quality pencil 88.  They have a very old fashioned look. Packaging-wise I thought they were the best looking pencil in the shop, because of this old fashioned look. I like the layout, the fonts and the colours used.

When I say supreme quality I use Simbalion’s description from the packaging, so these are their words, not mine. In my opinion these aren’t exactly supreme quality pencils. …and when I say “not exactly supreme quality” I’m being kind. They aren’t horrible, but compared to good quality pencils they are a bit scratchy and the finish isn’t to a good standard either. Their lead also breaks easily when you have a long, nice point, like the one produced by my favourite pencil sharpener, the Deli 0635. Looks as if not all pencil can handle the Deli’s 17.5° point.

…but I think I should put this all in perspective. When I picked a pack with a dozen of these pencils up I thought they’d cost 8.5元 [1]I’m using the 元 sign instead of the ￥ sign, which is normally being used in Chinese shops, so that there is no confusion between the Chinese Yuan and the Japanese Yen. (~$1.40; €1.05; 90p), because that’s what the sign under the pencil said, but that sign was for another pencil. A pack containing a dozen of these pencils was actually only 4.5元 (~75¢; 55c; 45p) and thanks to my loyalty card and some other offers in store at that day I only paid 3.83元 [2]I haven’t seen Fen (分), 1/100th of a Yuan in years, so I guess they’ll round up or down if necessary.. Value for money is therefore excellent, despite them not being on par with what a would call a good pencil

…and I like them mainly because of their look anyway. Their bright, strong orange, not fluorescent, but really strong is nice, even though the package is even nicer…

Other things to mention

Other interesting points to mention are that the performance of the eraser is better than expected and similar to the quality of the kind of erasers you find on the end of good pencils. Despite this  being an Asian pencil [3]…from a Taiwanese company, but made in JiangSu province, China, just next to Shanghai. the HB classification is also more like a European HB, not like an Asian HB. If anything the pencil seems to be harder, not softer than HB, but that feeling might be caused by the slight scratchiness. I’m also not sure whether lead hardness will be consistent across a bigger sample. The length, including the eraser is slightly more than 19 cm. The diameter of the pencil is on the bigger side (7.1 – 7.2 mm edge to edge, 7.7 – 7.8 mm vertex to vertex). According to the packaging the pencil has a weight of 6.5 g ± 1. When I checked the weight  the pencils were lighter, but my scale is rather old [4]You might have seen it in some older blog posts., so I’m not sure I can trust it.

I’ll try to keep my blog posts short, because I tend to go one forever [5]This blog post ended up being longer than expected – again. so instead of talking more about Keyroad now, I’ll show you some photos  I took in Keyroad in another blog post soon.

In case you wonder why the pencil’s name is 88: 8 is seen as being an auspicious number – in Mandarin it sounds similar to the word for wealth or fortune. I think that similarity is even bigger in Cantonese, but I’m not absolutely sure.

A nice-ish pencil for a great price. I wish I’d bought more… 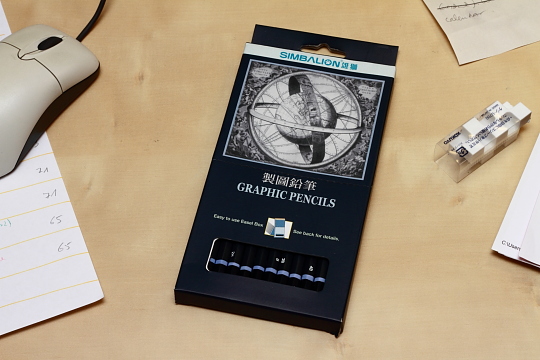 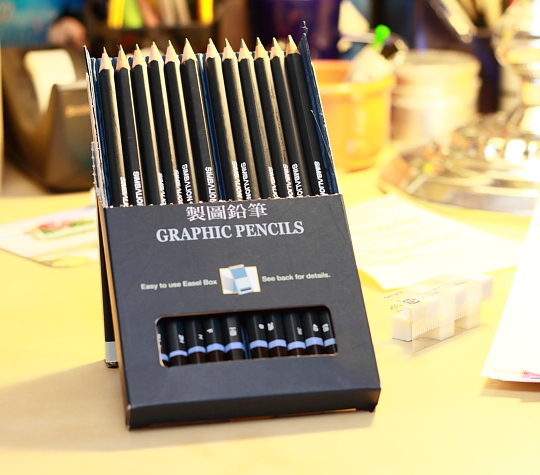 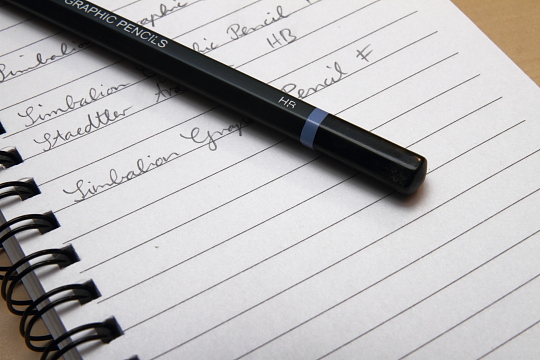 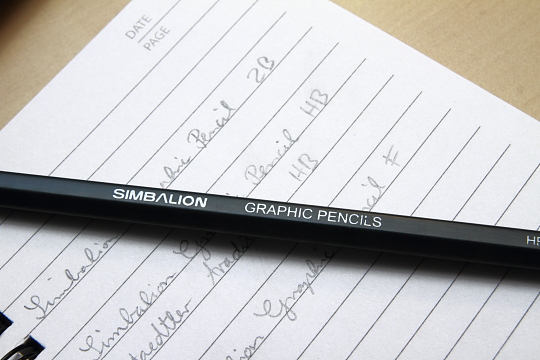