I have used eBay since the late 1990s, when I was still living in Germany [1]At that time it was called Alando (in Germany) . In more than 15 years I have probably done more than1000 transactions on eBay (difficult to tell how many exactly, especially since most buyers don’t seem to leave feedback anymore). 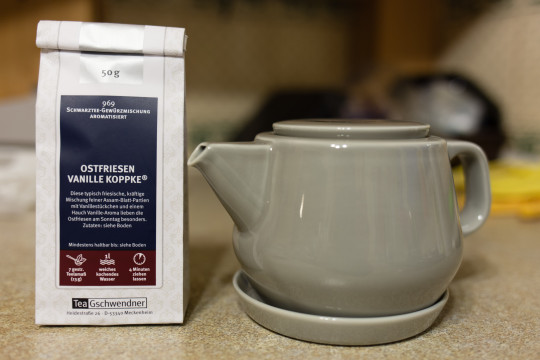 I was tempted to introduce a tea of the month series of articles. I know it’s not stationery related, but Gunther described his blog as a lucky bag – you might not always get stationery, so I guess it wouldn’t be too bad to have the occasional tea post here. I wasn’t able to convince myself though. I surely wouldn’t run out of teas to show, but there is a good chance that increased workload will heavily reduce my blog posts soon [2]and of course it goes without saying that after real wages have been going down for many years this increased workload doesn’t come with more money either, so I didn’t want to have a tea category leaving less time for stationery blog posts.

8 thoughts on “eBay troubles and tea”