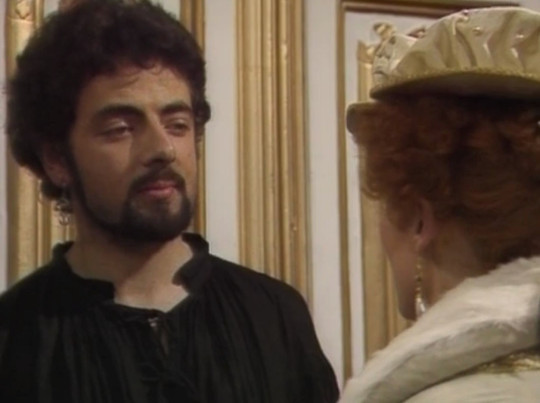 Blackadder and the Queen talking about pencils …in the 16th century. (Image © BBC)

From Season 2, Episode 6 [1]The one where the evil German Ludwig (Hugh Laurie) kidnaps and kills them.