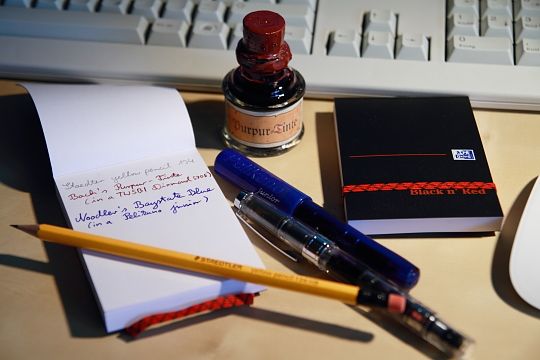 Noodler’s, from Massachusetts, “the smallest ink company in the world with the largest color selection” is, without a shadow of a doubt, my favourite ink company. I do like inks from other companies too, but Noodler’s is my overall favourite. Baystate Blue is a very unusual ink, unusual in its rebellious colour and the high, i.e. alkaline, pH value. You can read more about it on Noodler’s web site. The first time I saw this intense ink on paper it reminded me of a pen I got in the late 1970s / early 1980s. At that time Pepsi ran a big marketing campaign worldwide – and in Germany, too: “Mach den Pepsi Test” (Take the Pepsi Challenge) [1]At that time RC Cola and Afri Cola were still commonly available in Germany. Afterwards you got a “I took the Pepsi Challenge” pen. As far as I remember it was a Staedtler pen and looked like a Lumocolor with a yellow body and with a Pepsi logo and reference to the Pepsi test printed on it. As far as I remember it  had a colour very close to Noodler’s Baystate Blue …and I completely forgot about this pen until Baystate Blue reminded me of this pen and this unusual colour. It’s not really my favourite colour, maybe because it is a bit too unconventional, but it might actually look quite good with a fine nib. I will try that out after I used up the Baystate Blue in my Pelikano junior. 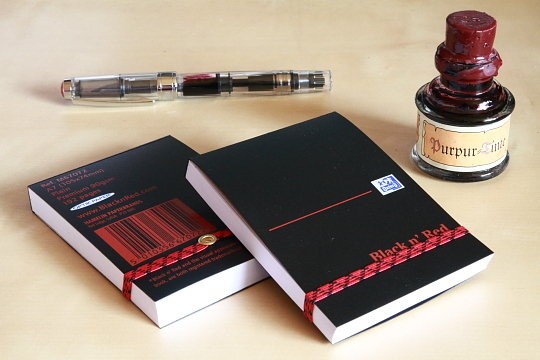