[An earlier version of this blog post was written on my phone in a rush and contained many mistakes. The number of mistakes has hopefully gone done after revision. See revised blog post below.]

After the paper computer1 and the paper watch there’s now a paper phone.

The idea of using paper instead of technology isn’t really new to stationery enthusiasts: This time it is Google’s turn to feature the idea of replacing tech with paper and this has been reported by many newspapers and news websites.

The paper phone kind of reminds me of IBM’s ‘Think Pad’.

The future is not paperless. Here is proof: 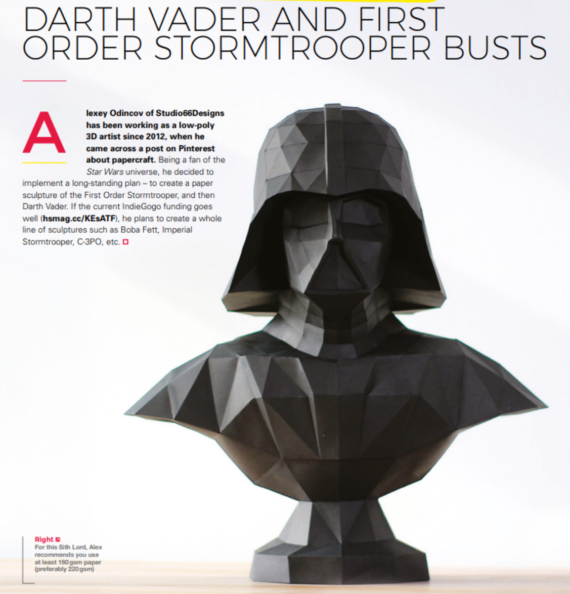 Well, the title ‘paper engineering’ certainly got my attention1 when I visited the raspberrypi.org website during my lunch break.

You can read more about paper engineering in HackSpace Issue 6, available for £4 or free as a pdf download. 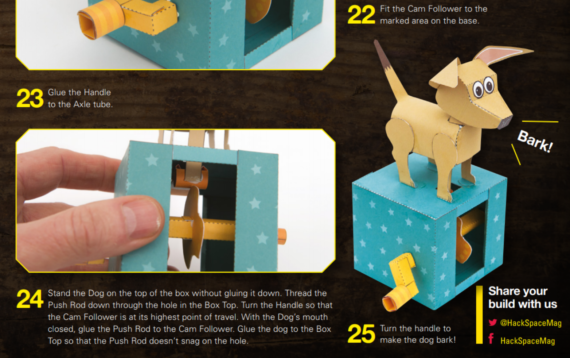 Now that the holiday period is coming to an end and things are returning to normal I thought I share my Stationery Christmas with you.

I mentioned previously that I would like to try the bigger A5 sized Hobonichi Techo this year, the Cousin. I ordered the A6 version, again, but changed my mind and it was too late to change the order. Luckily I was able to sell my A6 Techo on eBay without losing too much money. Even more lucky, my wife was looking for a Christmas gift for me and The Journal Shop had a Black Friday event, so the Cousin was available for a good price. Not cheaper than when ordering from Japan, but this way was saving time and hassle with customs. For a little bit extra you could even get a cover with the Techo. I picked the Hazelnut cover, not only because it looked good on the photos, also (to a smaller extent) because I really like hazelnuts. The Blue Gingham cover would have been my next choice.

One complaint I have is that the Hobonichi should have been packed a bit better. The corners of the diary look as if it fell down at some stage. They look worse than the corners of by Avec from previous years which all have been used for six months each.

The cover itself looks good but more shiny than expected. It is still fairly gender-neutral, less than expected. It reminds me a bit of the stationery that chains like Paperchase use to target female customers. 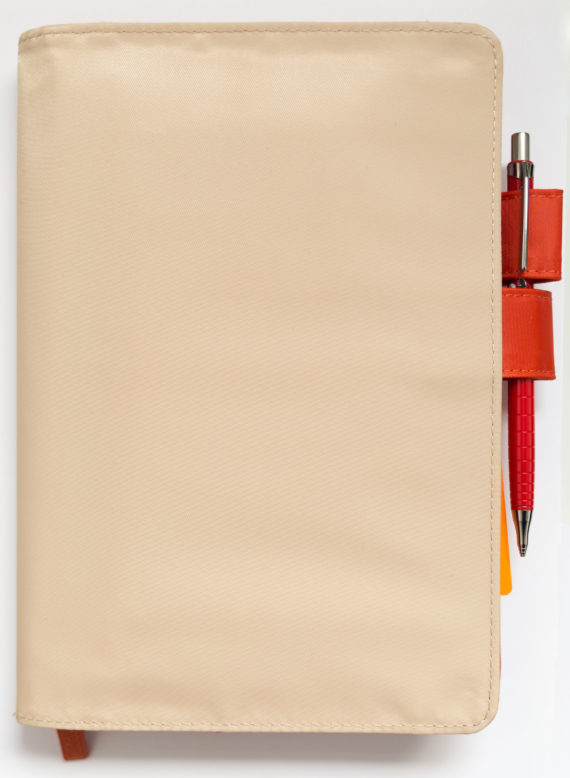 With the Hazelnut cover, the Cousin isn’t much bigger than the A6 version with a zipped cover. The big zipped cover was one of the reasons why I often took my A6 Techo out of the cover when I took it to a meeting at work – the cover was just so bulky compared to the diary.

The Techo usually spends most of the time on my desk at home or at work, so the size itself is not a problem. The Cousin comes with additional weekly pages: One week per double pages. So far I found this a useful addition. I will see how the A5 Cousin holds up. My hope is that I can write down more useful, work-related information during the day as there is more space. Whether I can then easily find what I have written down is another matter, we will see.

In case you wonder why I don’t use my new Staedtler 925 15 with the Hobonichi: the rubber grip is too difficult to put through the cover’s closing loops.

Funnily enough Brad Dowdy seems to have switched to a Cousin, too, this year. You can hear his first impression in The Pen Addict Podcast #289, around 44 minutes in.

We also got a surprise parcel with Christmas gifts from friends from Singapore.

Fun fact: In the Nineties and earlier Noughties these friends and I were running the biggest Gameboy web site on the planet: EAGB.net. At that time, I had several limited edition Gameboys and accessories the day after they were released in Japan (at least when the postal service was quick, which it often was).

The gift they sent to my wife was a Japanese magazine that came with a Pikachu case. The magazine itself is described as a “trend magazine for business person” and includes information about stationery. I thought I share some of the stationery items shown there with you. 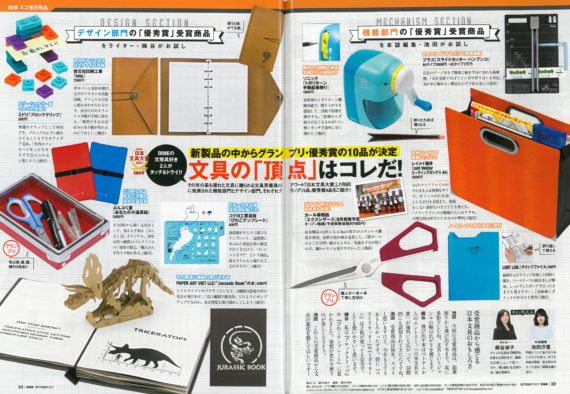 The zeit Vektor folder seems interesting. I assume it can be stored vertically in your drawer for easy access, but you can also just take it with you. 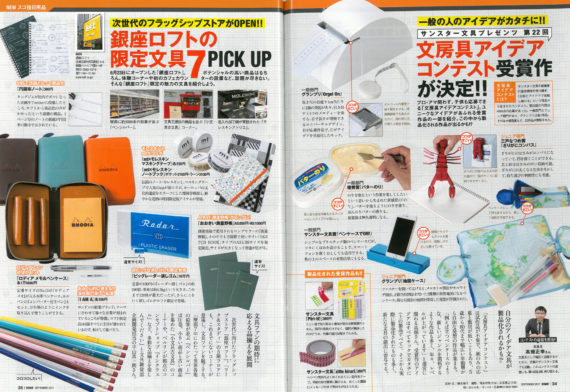 Orgel On, the tape measure that seems to play a melody is probably more of a gimmick, but the masking tape for closing and opening envelopes seems like a good idea. There have been many pencils as dice products, so they don’t get me too excited, the novelty has worn off, but the colourful Rhodia cases look beautiful.

Other, unrelated, things I found out during the holidays and found very exciting: 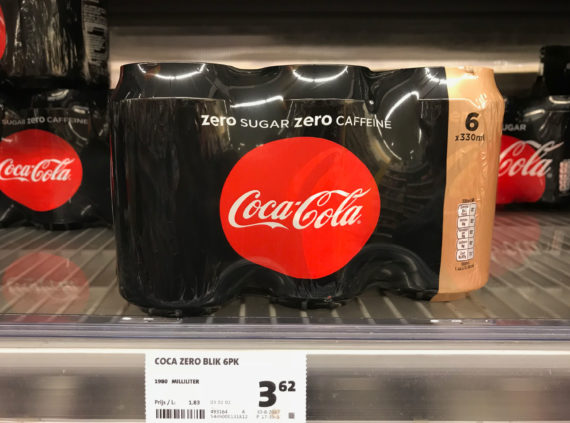 The Dutch have caffeine free Coke Zero. How cool is that‽ 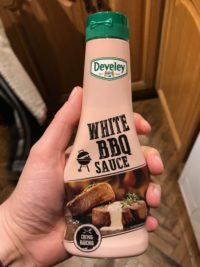 ..and Munich’s Develey brand is selling a sauce in Germany that tastes very similar to McDonald’s sauce on the Big Tasty. I am quite sure that when I was still living in Germany the McDonald’s sauces there were made by Develey, so this one might even be made in the same factory as the real one.

The images from Dime magazine have been taken from the September 2017 issue. I believe that their use falls under “fair dealing” as described by the UK Copyright service.

It’s been extremely quiet on my blog recently as my day job has been keeping me overwhelmingly busy.

To prove that I’m still alive I thought I show you what the postman brought yesterday.

It has (again) been an expensive luxury: after import fees, import handling and shipping has been added the final bill was eye-watering. In the end the cost of the actual diary was nearly exactly 30% of the total cost of getting it from Japan to the UK. 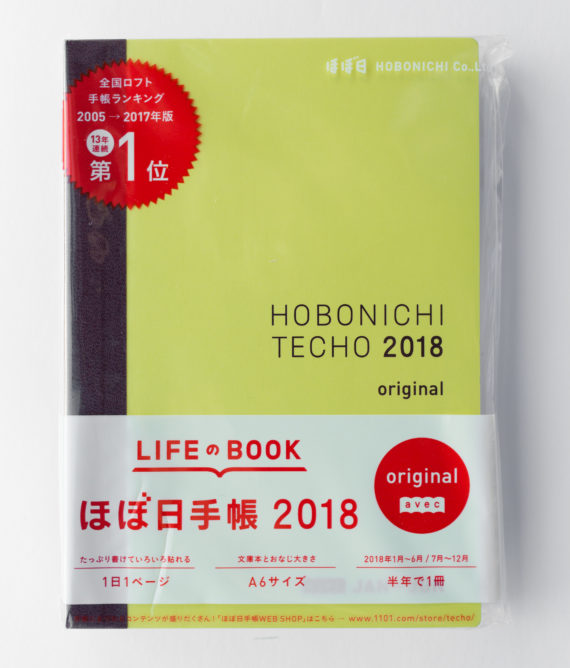