Gourmet Pens latest blog post gave me a shock. £5.25 (~$8.15; €7.15) for Coccoina glue? Did Coccoina glue get that expensive? Looking at the price development of wood cased pencils in last week’s blog post was probably really boring as pencils seem to be one of the most price stable items in the world of stationery. 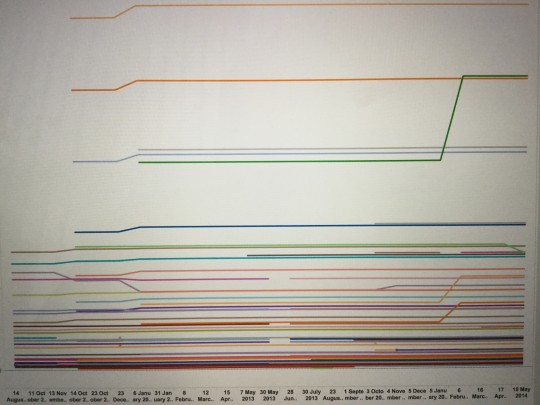 From my twitter feed. Each horizontal line represents a pencil that kept it’s price over the last few years.

Well, I guess the message here is pencils are (still) great value for money.

PS: Regarding the shelf life of Coccoina, being mentioned at Gourmet Pens: I always had luck reviving dried out Coccoina with a few drops of water.

Recently, I started to wonder why some of the items bought in the past years and month got so expensive.

Here are some examples. All prices are from Cultpens, just because that’s where these items were bought. I didn’t pick Cultpens because their prices increased more or less compared to other shops – other shops had similar prices at the same time and have similar prices now. Example: The price Niche Pens charged for the M400 was nearly the same at the time and is nearly the same now. Let’s have a look how the prices developed. 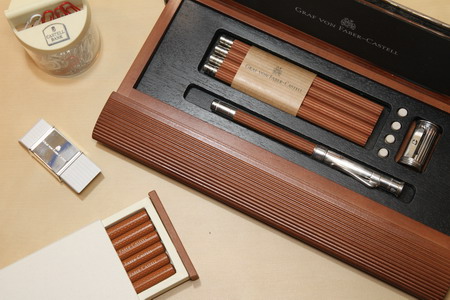 Neither RPI nor CPI were as high as the stationery price increase, even when you take the VAT increase into account. One point to mention is however that these pens are what I would call luxury pens1. So luxury stationery went up2. How did the price of branded, good quality stationery increase? 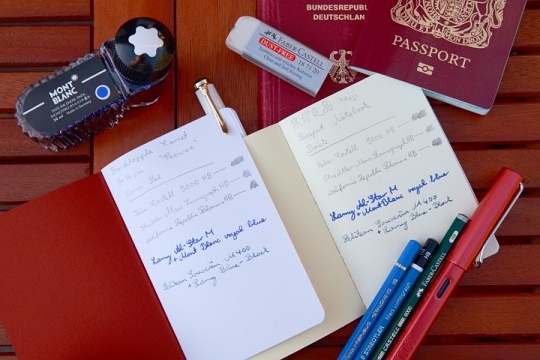 Interesting. That’s much closer to inflation. The Stabilo pencil even got cheaper. Unlike all other products mention so far the Stabilo is, as far as I know, not made in the eurozone. Maybe the Euro is one of the reasons behind the price increase, the Pound lost a lot of value against the Euro and QE certainly doesn’t help to keep it’s value up4. OK, that’ Europe, but with Japan being a big manufacturer of stationery, how did the price of Japanese made pens develop?

The price were quite stable, they actually even went down, especially in real terms!

The old price was reconstructed from the order confirmations which listed prices for all articles without VAT and the VAT sum for the whole order. This means that the old price listed for stationery might be off by a penny or so. I’d also like to add that this is not at all supposed to be representative.

Price Increase / Year is what it say on the tin. Price Increase divided by the years since the item was bought. Compounding has not been taken into account, hey: I’m not an accountant or economist.

The pictures are from old blog posts (here and here), just to put some colour into this blog post.