In a few years, we might all be carrying less graphite with us.

Not because we’ll be switching to harder pencils with less graphite and more clay, but because of our mobile phone batteries. There’s a new carbon in town (called OSPC-1) that might replace graphite in lithium-ion batteries.

Read more about it in this article from Lancaster University.

One thing to mention though: Graphite is quite cheap (unless you buy it in the shape of a CalCedar Blackwing or a Graf von Faber-Castell pencil). The new material isn’t (yet?). Who knows how long it will take to end up in consumer products. 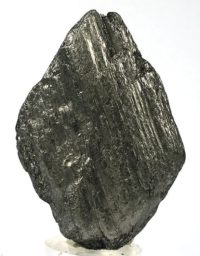 Graphite from the moon

Graphite in the news