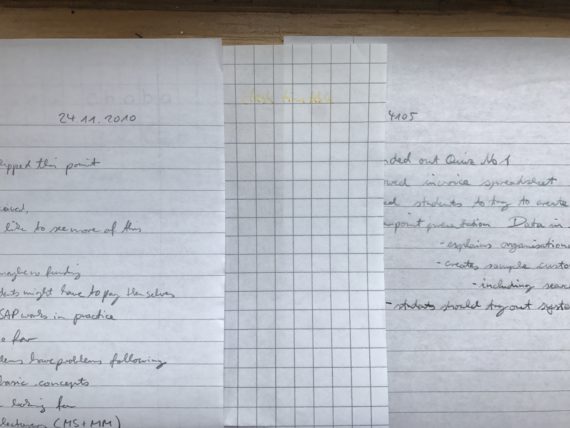 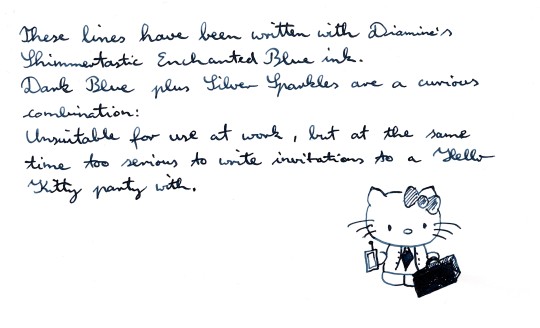 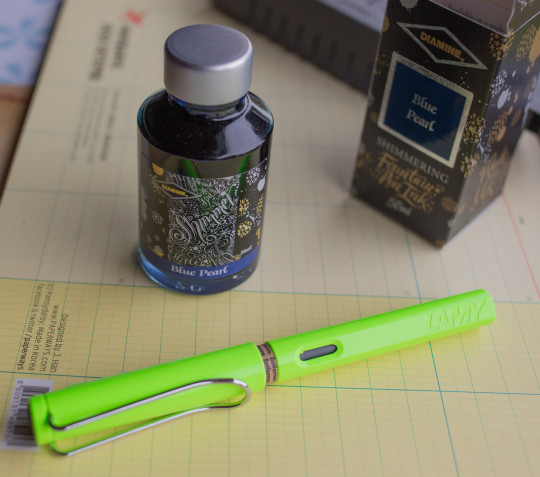 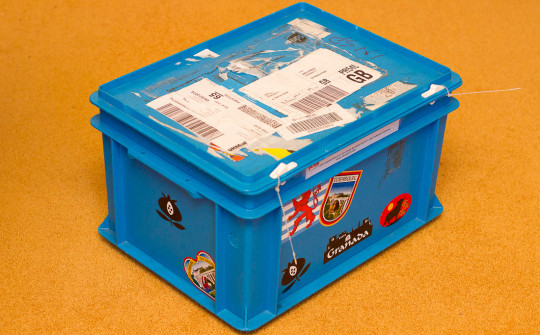 For the Wanderlust project an ink bottle [1]Actually, there are three ink bottles, travelling at the same time but on different routes. is travelling around the world I was lucky enough to keep it for a few days while it was on it’s way from from Asia, through Europe, to South America. Before arriving in England it travelled from Malaysia to Singapore toIndonesia to the Philippines to Australia to Israel to the Azores to Spain to Belgium to Luxembourg to the Netherlands. 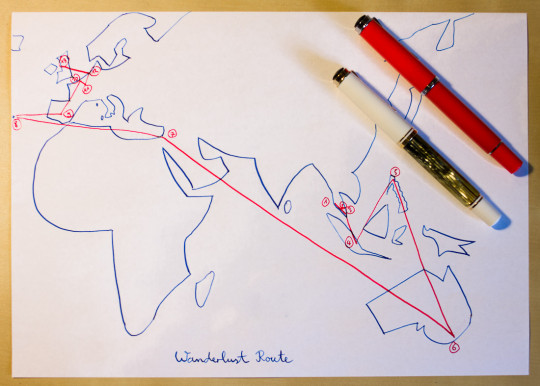 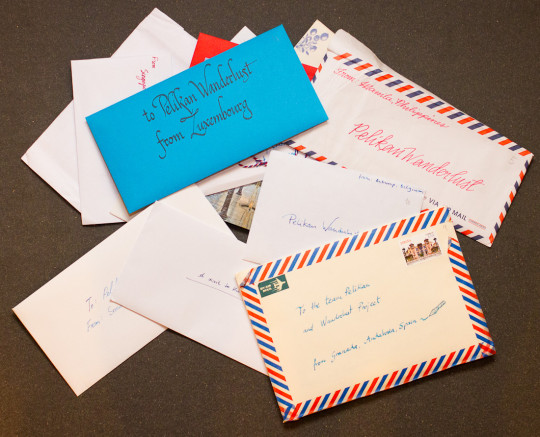 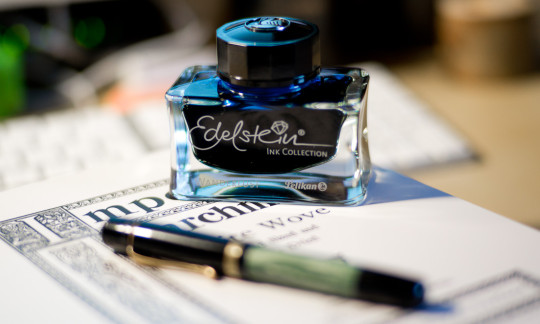 I did plan to use my favourite fountain pen, a white tortoiseshell M400 [2]Recently fixed free of charge by Pelikan after the piston came out, like all previous issues I had with other pens over the years. Their service is really excellent., but when I read the letters from the previous participants, which included nice postcards from Granada and an olive branch from Israel I thought I should also theme my letter according to my country. I wrote on British paper (Imperial Parchment, White Wove, made in Scotland and recently bought on offer in Tafford Centre’s Pen Shop) and used a Pelikan 100N fountain pen, which as far as I can tell has been produced for the British market in the 1930s or 1940s. It features a G.W. (Günther Wagner, the plant manager who took over Pelikan in the 1870s) stamped nib [3]which is so rare that it wasn’t even featured on Ruettinger-web where you can normally find information about all things Pelikan. I’m quite proud that a photo of my nib is now featured on … Continue reading.

The only shame is that Pelikan doesn’t make flexible nibs any more [4]Some of their recent nibs are however slightly flexible, as shown in this blog post from nearly exactly one year ago.. If you want one you need to get an old and flexible nib or get a nib custom ground one. Pelikan started a nib grinding service recently, but unfortunately they don’t do flex nibs.

If you like fountain pens you are probably also interested in ink. Pelikan has released a new series of luxury inks, the Edelstein Ink Collection [1]Edelstein is the German word for gemstone or jewel. The price for a 50ml glass bottle is €12.90 (~$16.75) in Germany and £11.95 (~$18.50) in the UK. The Edelstein inks are available in seven colours. According to Niche Pens they will be available for purchase towards the end of September.

More information about the Edelstein inks from Pelikan.

More information about the Edelstein inks from Niche Pens.