The latest addition to my Caran d’Ache 849 Claim Your Style collection has arrived. I couldn’t resist getting a turquoise one myself after getting one for my wife earlier this year and seeing how beautiful the colour looks. To properly claim it as my style it is again engraved with a computer-related font. The Pen Company did another excellent job with their free engraving. I’m also always amazed how quick they are. I ordered it in the afternoon and it arrived the next morning, engraved exactly how I wanted it.

Funnily enough, just this week The Well-Appointed Desk just posted a review of the 849 in exactly this colour. The Pen Addict also reviewed this colour in the past.

I fed my new 849 with Schneider’s Slider 755 XB – extra broad and blue. A very smooth refill that offers a lot of line variation compared to normal ballpoint refills, but that, of course, doesn’t lay done a line quite as nice and saturated as a gel refill.

Last year I made two videos about the 849 which might be of interest to you.

One about using gel refills…

…and one that is more generic.

While looking through The Pen Company‘s products last week I came across a slightly unusual pen from Scheinder: the Base Senso. The description read ‘This rollerball can sense when too much pressure is being applied, and will warn by illuminating the light at the end of the pen‘. How curious.

Easger to find out more I went to Schneider’s web site which provided some further information: The pen ‘indicates when too much writing pressure is exerted and teaches how to judge the right pressure for fluid writing. Ideal for beginners and for people with motor difficulties‘.

There’s even a seal that implies this pen has been developed together with a a joint expert. 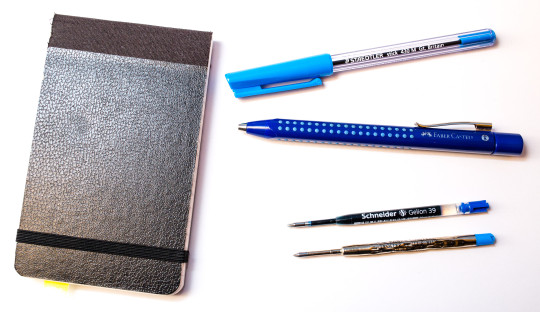 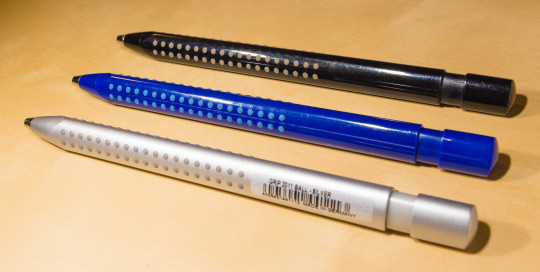