…the sharpener called grenade, not a real grenade.

Or should that be ‘How not to restore a grenade’? – you’ll see why.

The age and the name of this sharpener even fit with the current 100th anniversary of Britain’s involvement in WWI, which is being commemorated on a national and on a local level – with local museums and libraries in and around Preston (where I live) taking part.

The grenade sharpener design has been around since 1847 [1]see Lexikaliker: Granate and is still being sold today. I got a modern one, which Lexikaliker got me five years ago when I wasn’t able to get one in the UK. 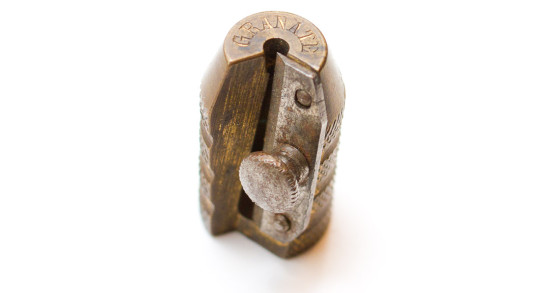 A few days ago I also got my hands on an old version – I was lucky enough to get one for a good price.

First task: clean it. I bought the metal polish used during a previous trip to Germany, after a tip from Lexikaliker on how to clean old brass. 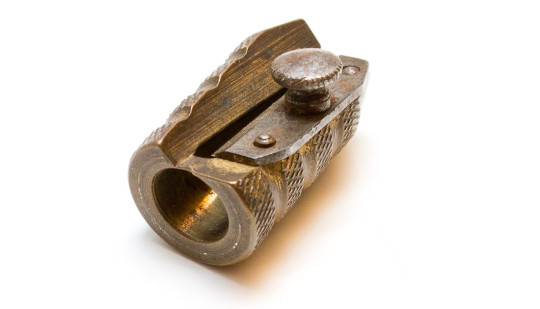 Unfortunately something went quite wrong. There was a band of oxidisation after I left the sharpener in the metal polish over night. It now looks as if there’s a dent where this band was. Brass is missing in this dent, which is difficult to see on the photos, but quite obvious in reality. 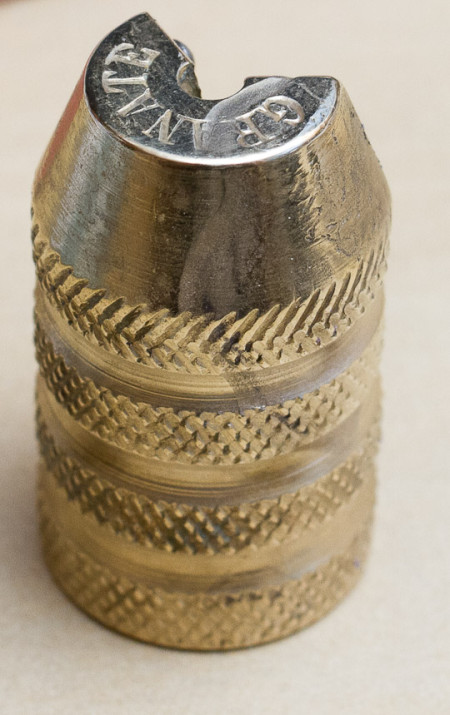 After cleaning. Look between the R and the A to see the problem.

I have two ideas as to what might have caused this.

Ok. I got to live with my mistake now, but if I ever get another chance I will keep the blade and screw separate.

Next problem: The blade. It seems slightly too short to cut into the wood. I’ll talk about that another time. 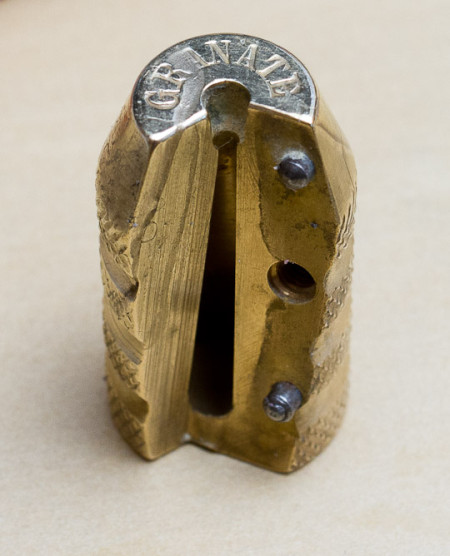 After cleaning. The problem is visible on this side, too.

7 thoughts on “Restoring a grenade”