Another appearance of Michael Wood at Bleistift, but unlike last time you won’t see a Staedtler Noris in his latest documentary The Story of China. Instead you’ll see Dr YiJie Zhuang using a Faber-Castell Castell 9000.

I believe that the use of the the screen shot of the Castell 9000, taken from Michael Wood’s The Story of China falls under “fair dealing” as described by the UK Copyright service. 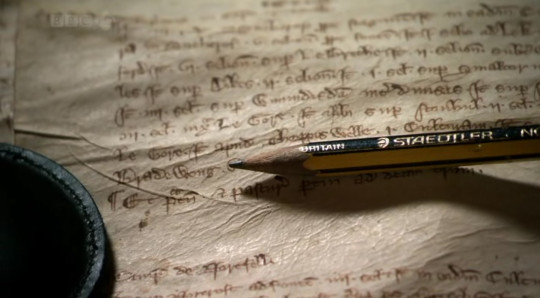