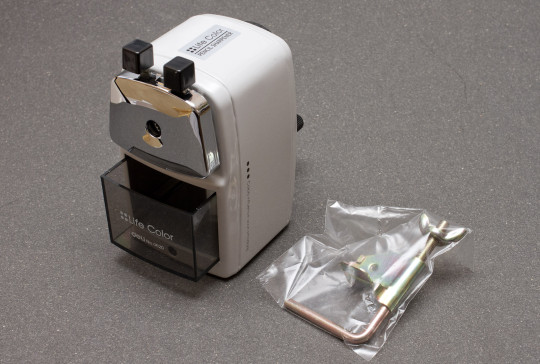 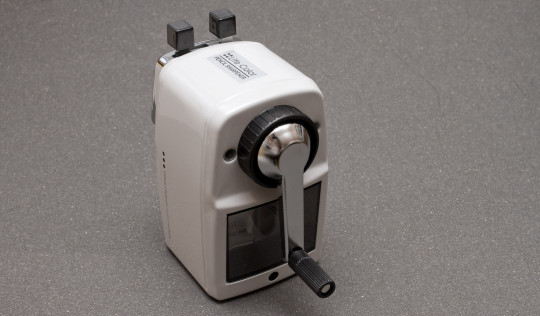 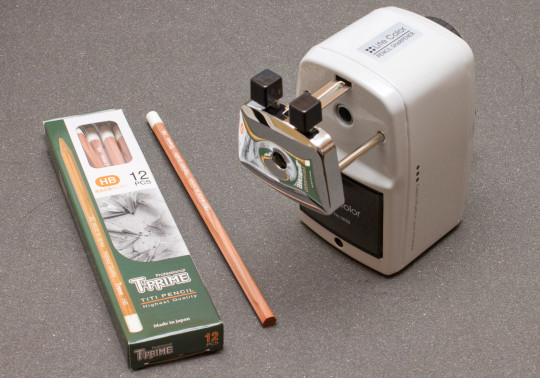 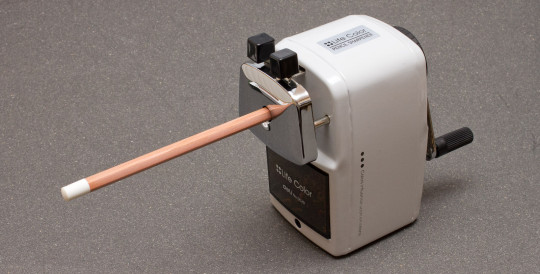 Sharpening a Korean TiTi T-Prime with the 0620

The problem is: I do mind! There are some things others seem to mind, like bar codes on pencils, that I don’t mind. On the contrary, I often even like them …but tooth marks? Maybe one day I can accept them, but not at the moment, so I fear my 45元 were not very well invested. I could try ‘improving’ the tooth mark situation by putting Sugru on the grip mechanism, but the point produced by the Deli 0635 is so similar, I might as well use the 0635 instead of the 0620[1]If I had some Sugru I might try ‘improving’ the 0620. Maybe I buy a pack one day, once it’s open it needs to be used up soon anyway, which might be a good reason to use some of it … Continue reading. 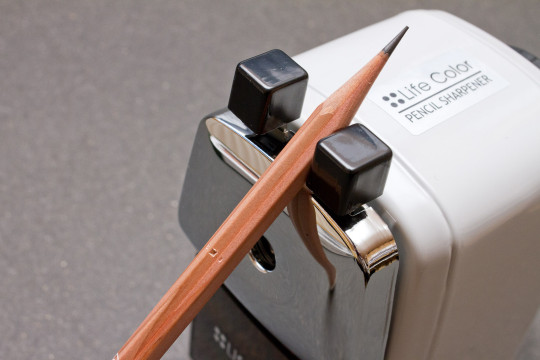 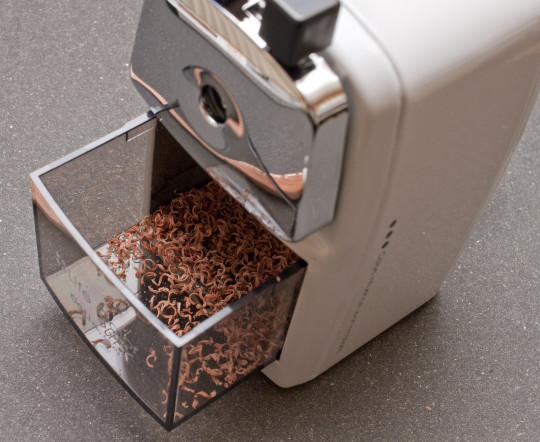 I don’t think one of these sharpeners is a copy of the other one. My guess would be that the the original isn’t famous enough to warrant a copy being made. Also, if you look at copied stationery, e.g. a Lamy Safari and a Hero 359, the copy is often of much worse quality than the original. I can’t really judge how the quality of both sharpeners compares as I only know the 0620, but it seems to be pretty well made. The only problem I encountered was that I couldn’t remove the burr mechanism. This problem doesn’t seem uncommon for Deli. Once I had two batches of 0635 in front of me, and one batch was perfectly fine, but on the other batch I couldn’t remove the burr mechanism on any of the sharpeners [2]I don’t think they are glued on on purpose as I can’t see any sense in that. I wonder whether there are other reasons, e.g. some tolerance issues and some parts being a bit too big, or … Continue reading. I assume that if you use enough force you could get the burr mechanism out. 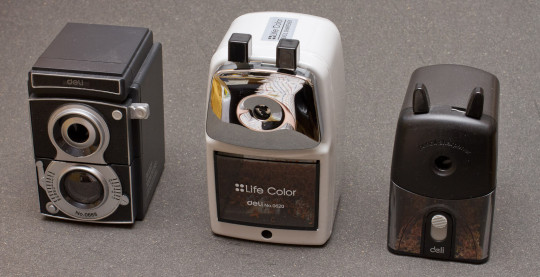 Assuming the sharpener is made by Deli, because the point produced is so similar to the one produced by the 0635 [3]What a shame that it’s so difficult to remove the burr mechanism for a comparison, the question is: Did the 0620 get this acute, concave angle because of Deli’s existing mechanism or was this model’s angle always like this, even before Deli made this sharpener,  and Deli made its mechanism like this to fulfil Carl’s (or whoever ordered this sharpener first) requirements?