I first mentioned Nataraj pencils in 2009 in my blog post about another Indian pencil, the Reynolds. Well, as mentioned recently Hindustan Pencils, the company behind the Nataraj and other pencils, was at the Insights X so I had a chance to look at their stand.

Hindustan Pencils’ International Business Manager told me that they are trying to enter the European market and are currently looking for a distributor. In Europe they are not using Nataraj and Apsara, well established brand names in India. Instead they are using SiVO as their main brand name in Europe. 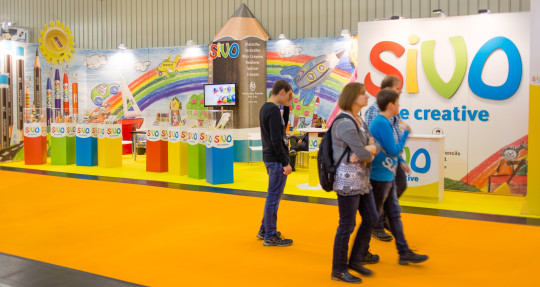 A lot of the pencils at their stand were colour pencils, but luckily there were some graphite pencils, too. Some had patterns printed on them and looked like they were clearly aimed at teenagers and school children. 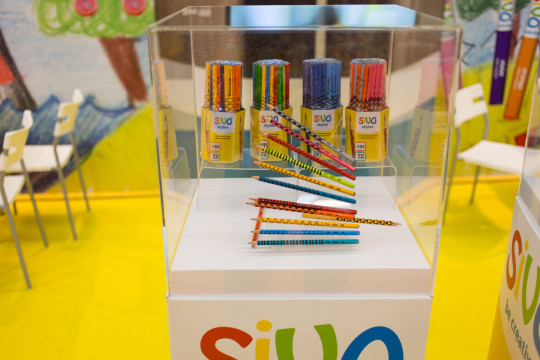 Others looked like very affordable pencils (the ‘yelo’, shown on the right in the photo below – open in a new tab for a high res version of the image) or pencils that try to distinguish themselves with their looks (fluorescent or metallic body). 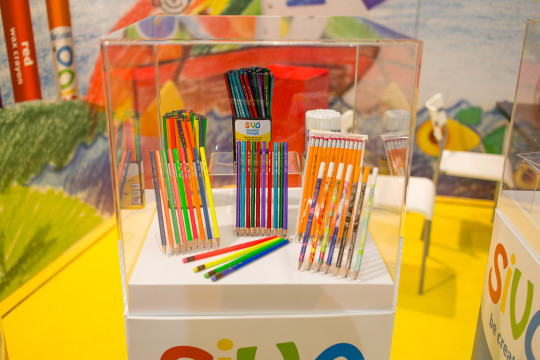 Most interesting to me was the ‘absolute’, available in a hexagonal and a triangular shape. It’s box is labelled ‘premium black lead pencil’, so I assume this is their best pencil. Its plain look makes me think it is supposed to compete with high quality pencils like the Mars Lumograph and the Castell 9000. 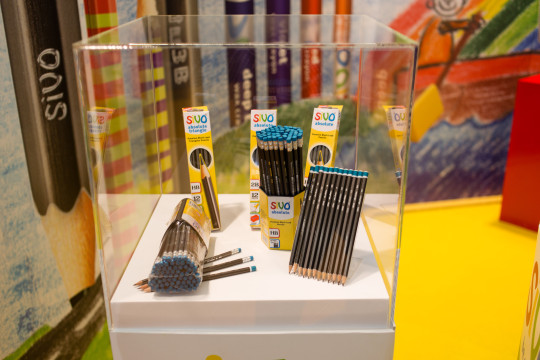 If there is any interest I’ll be happily having a closer look at the sample I brought home.