Episodes is known for the huge number of Staedtler Noris (see Staedtler Noris 120 and The Noris, then and now), but in the latest episode you can also see an Impega / Lyreco pencil, as well as some Stabilo text markers. 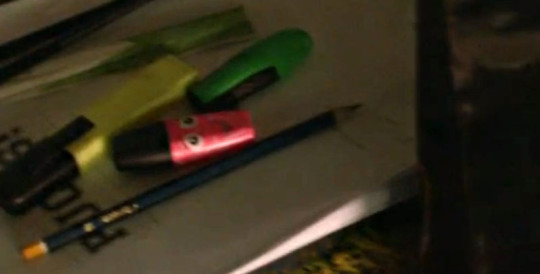 The Lyreco HB (previously: Impega) is quite common in offices around Europe. Lyreco of France is a big distributor of office supplies and many companies buy all their supplies from them. My employer too, so the pencils we get from the stationery cupboard are Chinese made Lyrecos. In case you are interested: their tapes are made in France and their paper is made in Germany.

Lexikaliker has a post about the similar looking Lyra Robinson.

I believe that the use of the the screen shot of the Lyreco pencil, taken from episode one of the third season of the TV series Episodes falls under “fair dealing” as described by the UK Copyright service.