In one of my previous blog posts I mentioned Staedtler’s Pepsi pen. Having found it in a pencil case, where it was hibernating together with its cousin, Staedtler’s Microfix S 0.5 773 05, I want to show you some photos of this nice Pepsi pen. After spending more than 30 years in a pencil case with pencils and mechanical pencils this pen did get some traces of graphite on its nice, yellow body, but despite its age it does still write.

Its cousin, the Microfix, must have been quite popular at the time if Lexikaliker and I both had one… 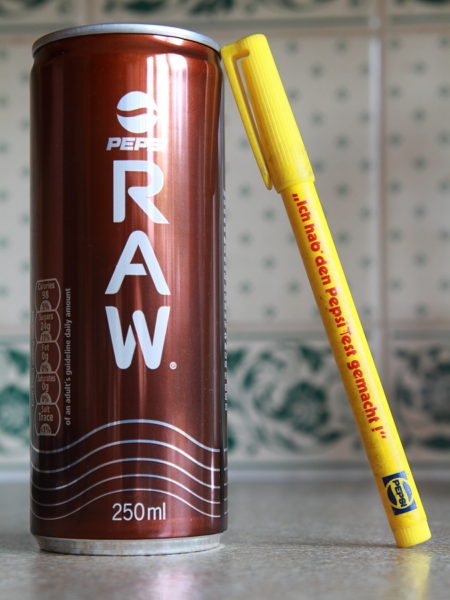 "I took the Pepsi Challenge !"

My previous blog posts mentioned the TWSBI Diamond 530, too. After having used the Diamond 530 for a while I have to say that it is a great fountain pen, but if you ever drop it by mistake it will spill rather huge amounts of ink, unlike other fountain pens I normally use – which have a much more conservative spillage-behaviour.