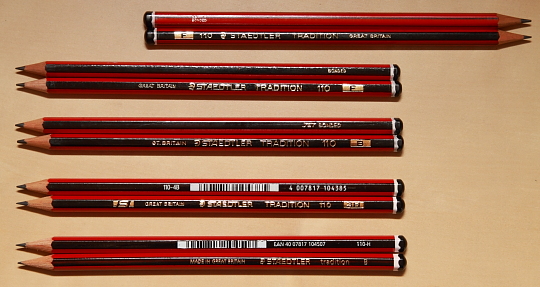 In April 1966 Royal Sovereign started to produce two different types of Staedtler pencils in Pontyclun, Wales. The early Staedtler Tradition 110 pencils made there had “RS – Bonded” printed on them. The factory still made Royal Sovereign pencils and they, too, had “RS – Bonded” printed on them. These early Staedtler Tradition pencils were pre-sharpened on the right side, i.e. looking at the pencil with the print facing up, the right side of the pencil has been sharpened. The RS Bonded version hexagonal, like all other Tradition 110s, and mainly red. The cap has the typical Staedtler look, but only the side of the pencil with the gold letter print is painted black. All other sides of the pencil are red with a thin black strip in the middle. 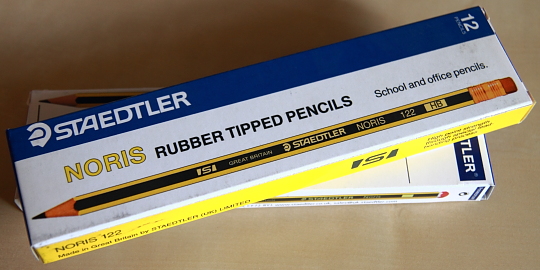