This weekend saw the BBC airing their Terry Pratchett documentary Back in Black.

In the documentary Paul Kidby, the artist responsible for most of the fantastic Discworld artwork, can be seen with a rather impressive, hand sharpened pencil point on a Castell 9000. I think it can certainly compete with the longest pencil points I have seen in use. It’s even longer than the one on the James Bond cover. 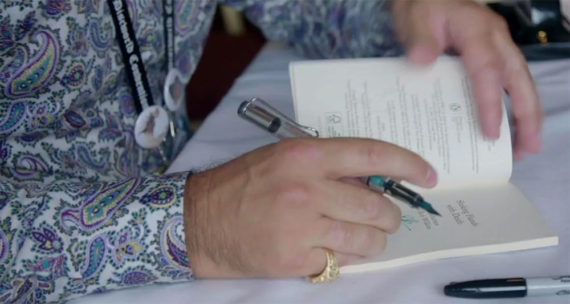 If you are in the UK you can watch the documentary on BBC iPlayer for another 28 days.

The screenshots have been taken from Terry Pratchett documentary Back in Black. I believe that the use of the images shown in this blog post, falls under “fair dealing” as described by the UK Copyright service.