Let’s start with a photo I got from Henrik. You can see the pencils Angela Merkel, the German chancellor, is using: Faber-Castell Grip 2001s. [1]Did you know that the official way of addressing her is “Your excellency”? 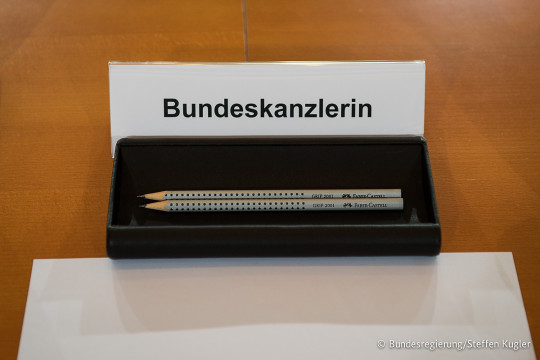 Meanwhile, in the UK the House of Lords decided that they would stop using vellum (goat or calf skin) for printing laws. It looks as if the Cabinet Office minister will now offer to pay the cost (around £80,000 a year) to keep this tradition alive. You can read more about it at the Guardian. Just to avoid any confusion, vellum is parchment made from animal skin, but vellum paper or paper vellum is not. You might have come across vellum paper on Rhodia notepads (High Grade Vellum Paper), but it’s synthetic and not made from animal skin. Rhodia Drive wrote about this a few months ago.

Staying in the UK: In Rick Stein’s Taste of Shanghai you can see him making notes using a pencil. At first glance I thought it is a Caran d’Ache 844, but after rewinding and looking again I think it’s a Pentel P209 (0.9mm) mechanical pencil. 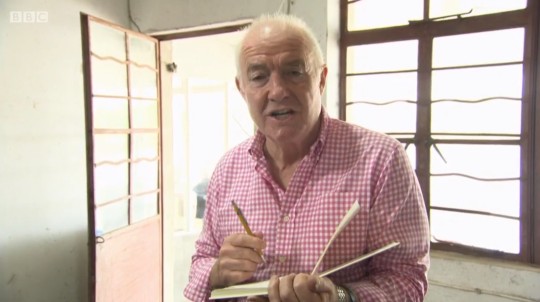 I believe that the use of the images shown in this blog post, falls under “fair dealing” as described by the UK Copyright service. 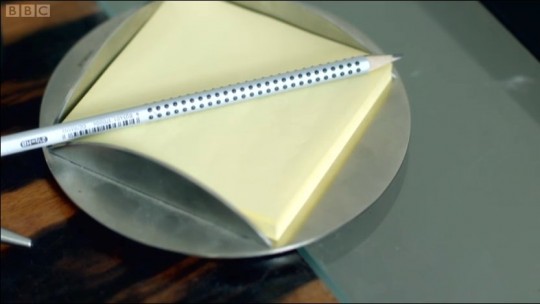 One of the products of the Faber-Castell Grip 2001 series is the Faber-Castell Grip 2001 Eraser Cap. As far as I know it is available in grey, red, and blue …but I have to admit that I have never seen the blue one in real life. Shops in the UK usually only stock the grey version. The red one (and probably the blue one as well) is however available as part of the Faber-Castell Grip 2011 Office Set, but if you buy this set (or, more likely, get it as part of another purchase) you never know which colour you will get. The pack of two grey eraser caps has the Art No 18 70 00, the mixed colour pack has the Art No 18 70 01. I bought mine, i.e. the pack of two, from Cultpens for 90 pence (~ € 1.00). Another place to get them is WH Smith. They sell various Grip 2001 sets for what seems like a reasonable price. Most of them come with one or two Grip 2001 Eraser Caps.

So what is the Faber-Castell Grip 2001 Eraser Cap? First of all, it is an eraser. It can be put over the top of a pencil, obviously useful for pencils without an eraser tip. You could argue that it can also be used as a pencil extender, but because of its small size it would not be a very good extender. The cap can also be used to protect the point as there is an indentation inside to prevent the point from breaking when you insert the pencil. This ingenuity seems to be typical for Faber-Castell and reminds me of the Perfect Pencil. The point protection even works with long point pencils. 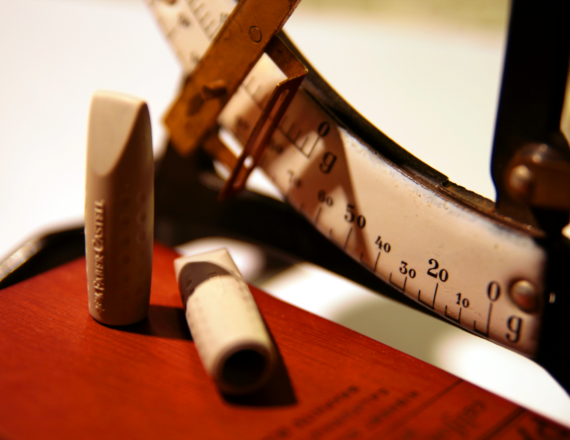 The eraser cap weighs about 4 grams

The eraser is made in Malaysia, like other Faber-Castell erasers, but the rubber seems to be much harder than other erasers like the dust-free 18 71 20 or 18 71 30C. Usually I prefer soft erasers, like the Sanford Artgum Eraser, and try to avoid “hard” erasers as they usually do not work so well for me, but the Grip 2001 Eraser Cap works amazingly well and is nice to use. It seems to erase as well as other good hard eraser and performs much better than average, harder erasers (e.g. an Impega eraser). Even though I describe it as hard it is still soft enough to adjust to the shape of the pencil being used on. It fits the triangular Grip 2001 pencils as well as hexagonal or round pencils. 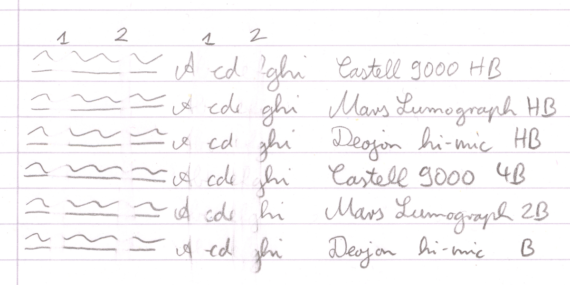 With a weight of about 4 grams it is roughly 2 grams lighter than the Faber-Castell 9000 Perfect Pencil. When put on a long pencil I find the Eraser Cap slightly too unbalanced, but on a shorter pencil it is not really distracting. 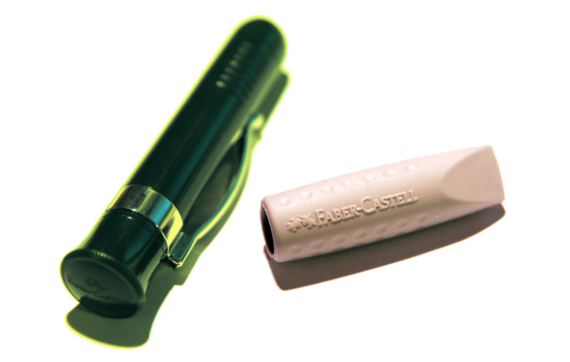 The Eraser Cap and a Faber-Castell 9000 Perfect Pencil

Altogether the Faber-Castell Grip 2001 Eraser Cap is a fantastic eraser. I still prefer eraser tipped pencils, but not all pencils have ersaer tipped versions available. It is also fantastic to protect the point of pencils you carry with you. 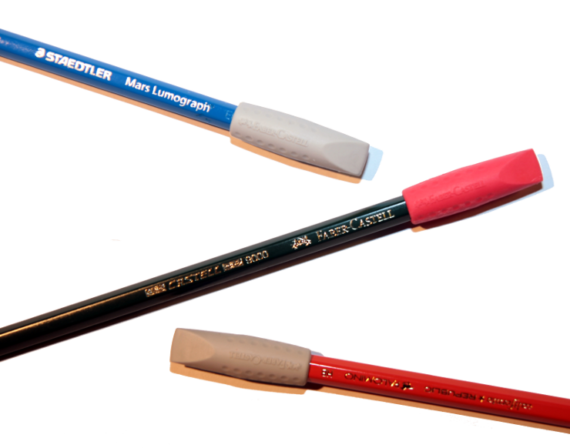 The Eraser Cap on different pencils

If you want to read more about Faber-Castell Grip Erasers  read this article in Dave’s Mechanical Pencils blog. Lexikaliker has an article in German about an eraser cap from Läufer and Pencil Talk has a review of the KUM Blue Ocean pencil set that comes with a huge eraser cap.