I believe there are a few very popular TV series about Queen Elizabeth II at the moment, though I haven’t seen any of them. With renewed interest from these TV series his factlet might be of interest to a wider audience than it might have been a few years ago. 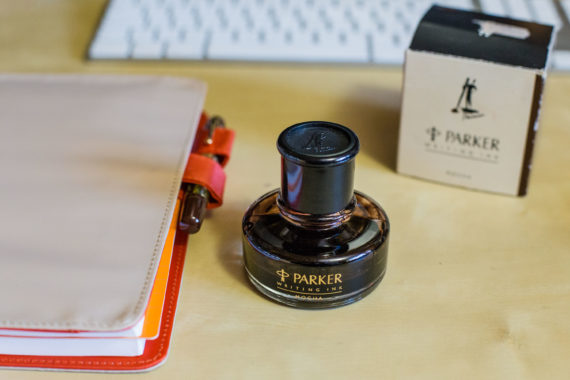 A Parker Penman ink bottle. This one is Mocha.

“There have been a number of different Parker Penman ink colours produced over the years including the most beautiful shade of tangerine [1]I am not sure whether this is the ‘Ruby’ colour. I didn’t come across many Penman inks. Ruby is the closest one to Tangerine I know of. which is supposed to have been a favourite of the Queen and used by her on personal correspondence. The story goes that when the colour was withdrawn the palace planned to remove the Royal Warrant only restoring it when they agreed to continue producing the colour especially for the Queens private use.”