Here’s a quick follow up to my previous blog posts about Staedtler’s 3D printed pen. 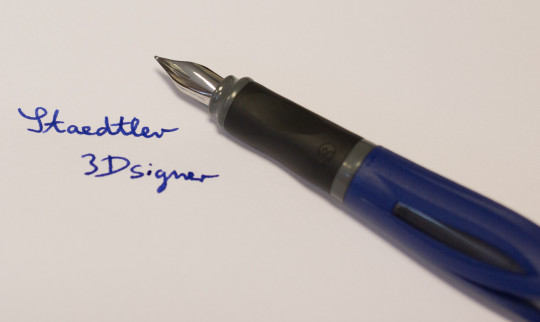 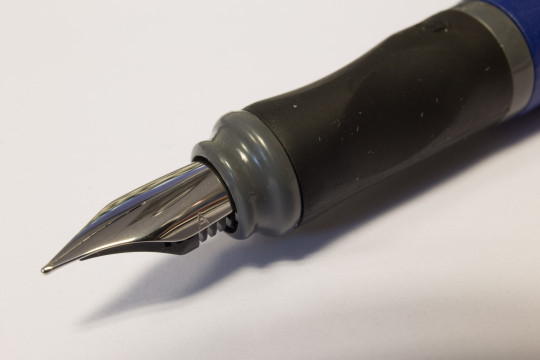 Here’s a quick look at some points I want to mention:

The wrong nib might be a one off problem, so I’ll just disregard this as a simple mistake. I am sure Staedtler would send me an M nib if I’d complain [1]As far as I know they’re quite nice to their customers. They’ve certainly always replied to my emails, but other companies haven’t..

In the designer software the text is on the side

The text on the real pen is much lower

The printed text being lower than shown on the iPad is more of an issue for me. It means that whatever you print is resting on the hand, between thumb and index finger when you write. In case of your own name, like in my case, I prefer it not being visible – so it’s fine for me, but the point is that what you get is not the same as what you see when you design the pen – it’s not WYSIWYG. 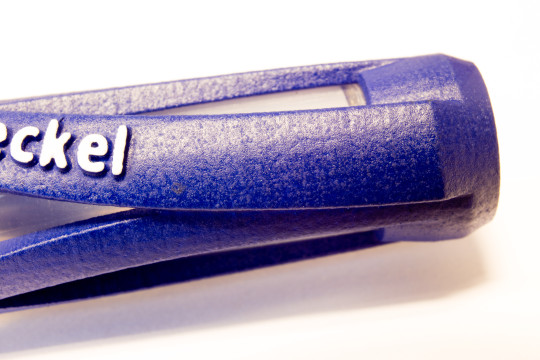 You can see from the surface that it’s 3D printed 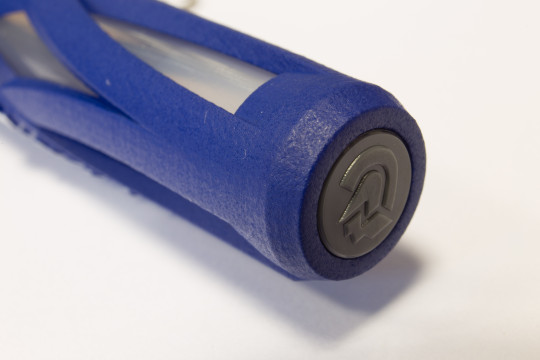 Not everything looks 3d printed – the logo for example isn’t

Recently I took part in a factory tour at Staedtler where I asked a few questions about this pen. I also saw the room where these are assembled (but it was empty when the factory tour took place). My understanding is that Staedtler would like to make these 3D printed pens available outside Germany, too, but getting them to the customers on time doesn’t seem to be a trivial problem. I hope they’ll be available in the UK and other countries soon, too.