Top Gear seems to be a world wide phenomenon. If you haven’t come across it yet, it’s a car show. One of the hosts of the UK version, James May, is not only reviewing cars on the official Top Gear web site… Here’s his review of Ferrari pencils [1]Some images of the Ferrari pencils would have been nice, though.

When I went to the Google Play store on my Android phone I noticed an app that promises to make your handwriting look nicer in-app than on paper. I tried it out and it looks as the app just does what made me interested in flex nib fountain pens in the first place. It makes upward strokes thin and downward strokes wide. An effect you can also get with pencils, but it requires more control compared to using a flex nib fountain pen. The writing produced by this app reminds me very much of the ‘handwriting’ used in products an in promotional material by British supermarket chain Waitrose. Until I saw this app I thought the Waitrose material is done with a flex nib, but now I think it was done using software… Things look much ’rounder’ when written with the software, compared to a fountain pen.

As far as I can tell this app is not available for iOS, but I am sure there is similar stuff out there.

I usually restrict posts about pencils used for art to the Bleistift Facebook page, like this post, but since I’m posting today anyway: Some fantastic pencil works from Taiwanese artist Chien Chu Lee are pictured in this My Modern Met article. 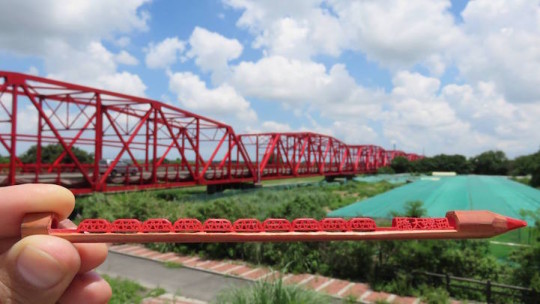 I believe that the use of the image from Chien Chu Lee, shown in this blog post, falls under “fair dealing” as described by the UK Copyright service.

One thought on “More pencil stuff…”