After seeing my link on facebook about the effects of erasers on paper1 you must have guessed that the next post is about erasers, so today: a belated blog post about the Pental Ain Clic, an eraser in a pen shaped holder2. There are strong links to the recent Temagraph blog post: More or less the same eraser is also available under the Temagraph brand. 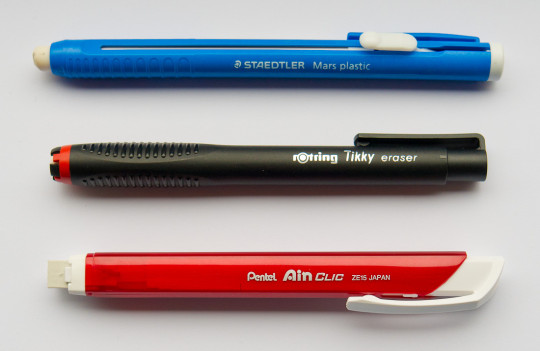 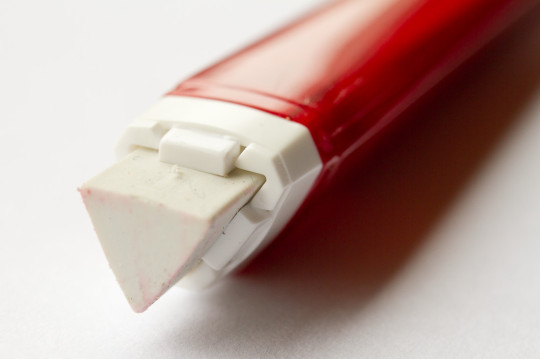 New and unused, let’s try it out next….

The body of the Ain Clic eraser is made in Mexico, while the eraser itself is produced in Japan and is composed of PVC and DINP. Just a warning, the P in DINP stands for phthalate, which you might have come across in the news. In the EU DINP is banned in toys and childcare articles that children can put into their mouths (see European Directive 2005/84/EC3 ). This eraser doesn’t seem to be marketed at children, but I would keep in mind that it contains phthalates and would keep it away from children (or adults tempted to put it in their mouth). It might also be advisable to put the eraser crumbs in the waste bin ,instead of just blowing them off the paper, so they don’t end up on the desk or floor. 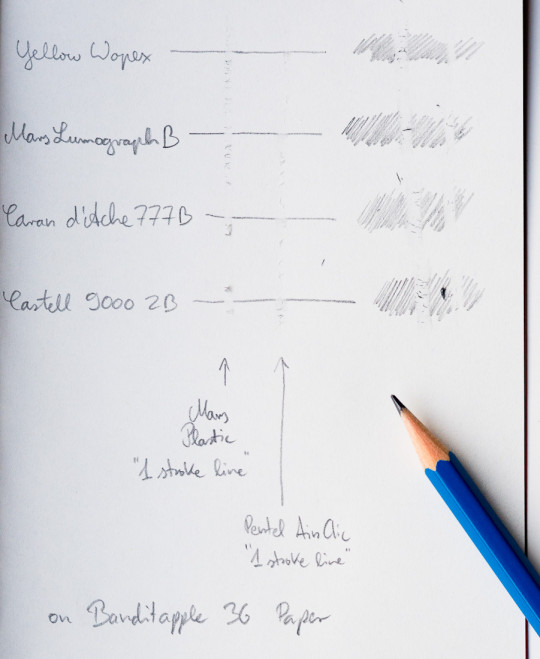