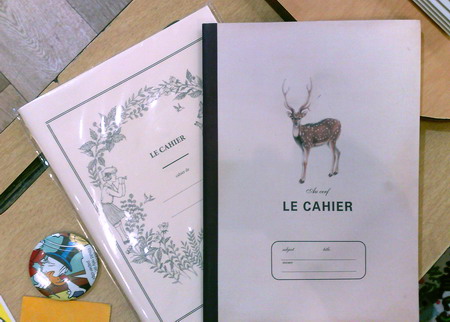 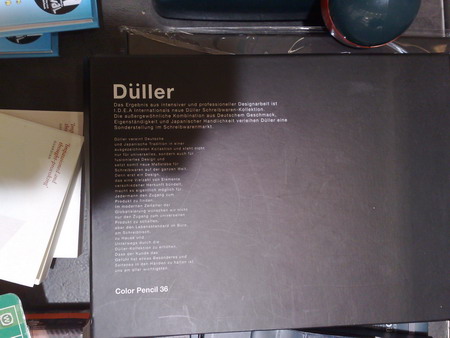 Another product imported from East Asia is a set of 36 squary, coloured pencils from Japan. It retails for £60 and is part of the Düller range. The Düller range also includes a pen designed by Dietrich Lubs, who is featured in New York’s Museum of Modern Art. The coloured pencil set is designed by Naori Miyazaki. Unfortunately I was not able to find out more about her [1]I assume it is a female name, except that she is not featured in the Museum of Modern Art. The MoMA online shop does however sell a clock designed by her. Back to the pencil set. There is some rather strange text in German written on this pencil box about combining German taste and Japanese handiness, which looks instantly East Asian because of the character spacing. In different online stores in the UK and Australia the price of this pencil set can vary dramatically. I thought I saw it in an American online store for $96, but I was not able to find it any more to confirm this price.