As mentioned in a previous blog post I stopped buying expensive stationery for now, but there is still some stuff coming in that I ordered in the past. One of these arrived this weekend: The Pen Rest.

You might remember my blog posts about The Pen Rest from January and March.

I backed The Pen Rest on Kickstarter and chose the £41 (~$64; €57) rewards for two pen rests and a top. I think the price has changed since I backed this Kickstarter, but I got the price that was valid when I backed the project. I chose the silver blocks, but they are also available in gold. 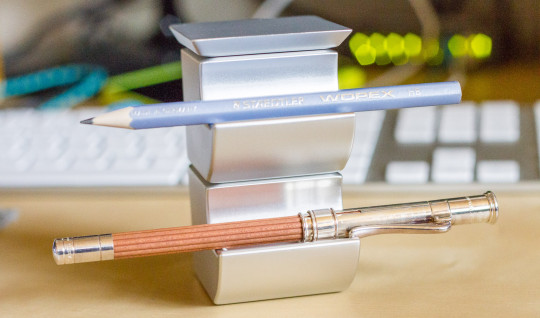 My first impressions: Great! The packaging is really nice and the pen rests came in gift boxes with the lid held in place by a magnet.

The blocks and the top look even nicer than I imagined. The two blocks have a perfect friction fit when you slot them together. The top is a bit loose though. I might put some blue tack in to provide some better hold. The blocks came with a non slip mat, too, but in my opinion it doesn’t look great and is a bit too thick.

Altogether a great way of storing pencils and pens. I hope they will be available for many years to come in case I want to add to my existing pen rests. 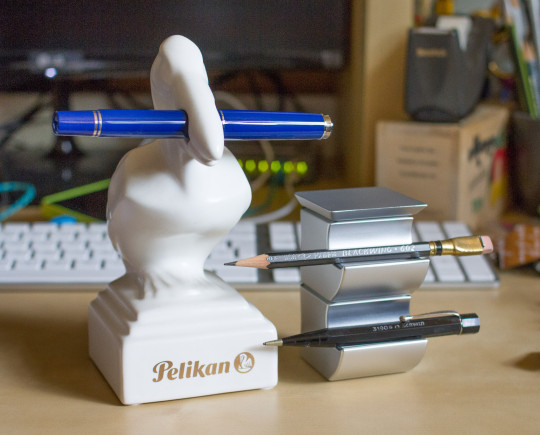