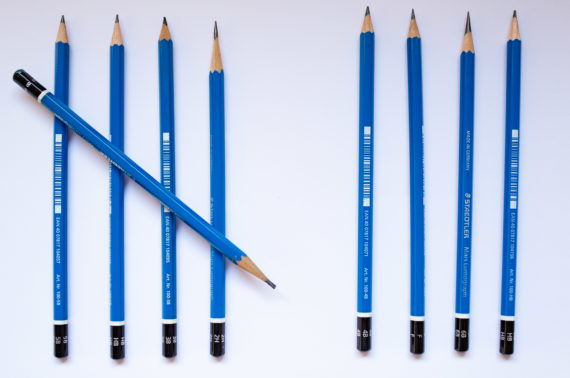 Well, since we’re on the topic of Mars Lumographs: it looks as if Mossad likes the Mars Lumograph ..at least in the BBC’s 2018 TV series of John le Carré’s 1980s spy novel The Little Drummer Girl.

Staedtler’s Mars Lumograph is a good choice: The pencil still looks quite similar to how it looked in the late 1970s / early 1980s, when the story takes place, and it would have been easily available to Mossad agents in Munich.