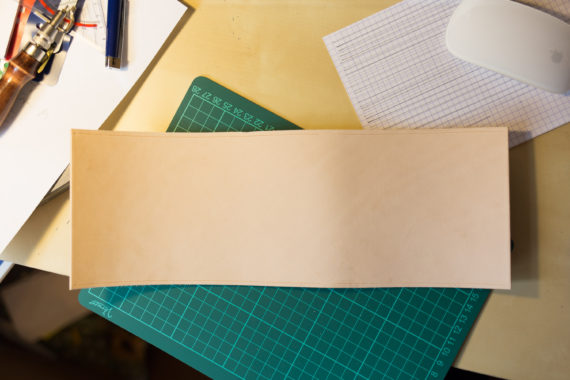 In the previous handicraft blog post I followed Gunther’s instructions and made a leather case for the Pollux. This was easier than I thought. Putting the case together would have been very fast if it wasn’t for getting the needle through the holes in the leather, when sewing different patches together. That took quite a while. 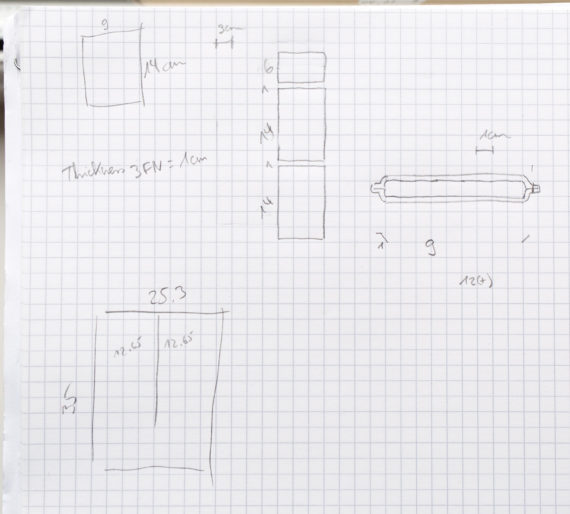 Exited by the fact that the material wasn’t to expensive while the outcome was quite usable I thought I try to make another ‘leather item’, but this time something bigger.

There is an official Field Notes leather pouch, called Pony Express, but by the time it is imported into the UK it is rather expensive (>£80). This pouch is based on a leather pouch from the United States Postal Service. 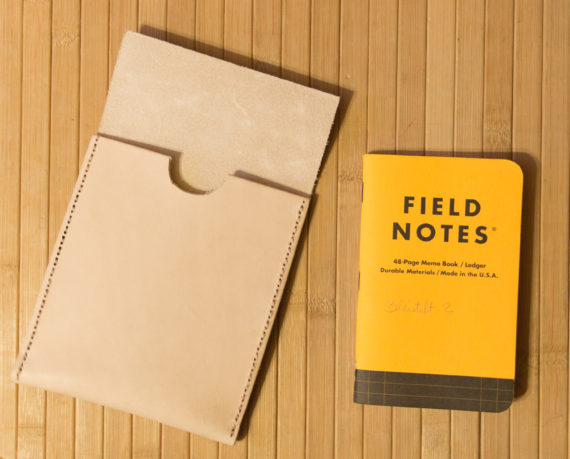 Trying to make a similar case seemed like a good idea. The choice was to either make a very similar pouch to the USPS or FN version (using modern language I would call it ‘portrait mode’) or to do a ‘landscape version’ with slits in the back so that it can be easily attached to a belt.

I went for the ‘portrait’ version, mainly because it seemed cheaper to get a piece of leather to fit this version, but also because I thought it would be rather unlikely that i would carry the ‘landcsape’ version on my belt. The size of leather I needed was just a bit bigger than one I saw on eBay, but luckily eBay seller leatherandstuff-shop was happy to accommodate me: size-wise the closest patch of leather they sell is 30cm x 30cm, but they were happy to accommodate me and send me 35cm x 25cm for the same price (I need 35cm length for the pouch to work). 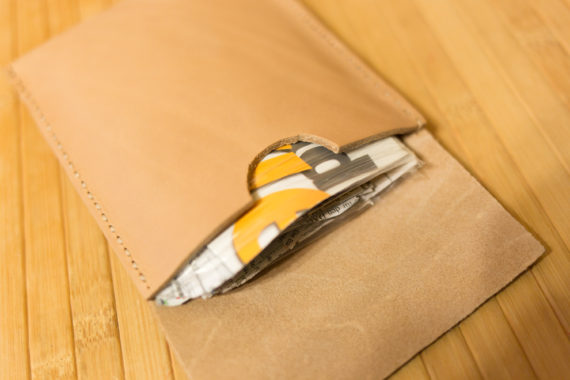 As the length, not the width, of the patch needed was the issue I had more material than needed and just cut the leather I bought in half, meaning that for the £11.95 I spent I can make a second pouch.

Once I got to the stage where I had to get the needle through the holes things got very slow again [2]Despite Craig Charles cheering me up in the background, even more so because this time I used thicker leather (officially 3mm, but actually 4mm thick), so getting the needle through the holes was just too difficult. To speed things up I went to the garage and got my variable-speed rotary tool (i.e. a no name Dremel copy) to enlarge the holes. Thanks to this tool enlarging/making the holes was very fast and getting the needle (and the thick thread) through was easy, but I’m not sure whether this is a recommended way of making holes. I don’t know much about working with leather, so who knows, maybe these kind of holes will rip out easily, unlike traditionally made holes. The point I want to make is: it worked for me, but this might or might not be a good way of doing it, I don’t know. It was however an easy way of doing it. 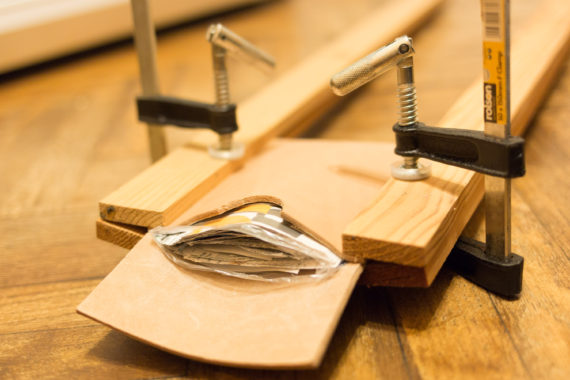 After I finished sewing the pouch together I was trying to get it into shape: instead of being very flat I want it to bulge out in the middle part, to make it easy to put the memo books in and to take them out, especially because the leather is so thick and inflexible.

I read that you can mould leather when it’s wet, so I held the case under a water tap. I then put a plastic bag insert in, made from cut up packaging material, but because I didn’t trust the insert to be completely water and condensation proof I didn’t dare to put my real Field Notes memo books in. Instead I filled it with paper of the same size as Field Notes memo books. 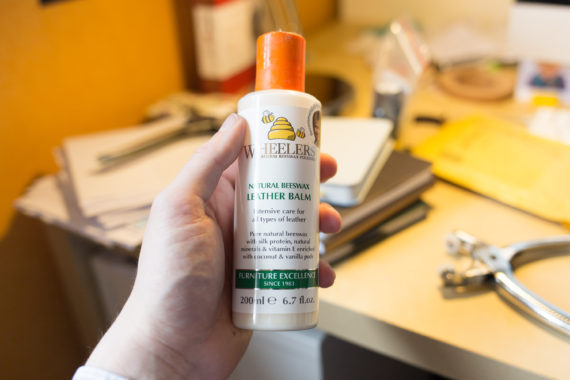 Afterwards the sides of the case were clamped down, so that only the middle part gets bulged out, not the whole case. This setup dried overnight and the case was nearly ready, I used some leather balm after the water torture and then I just had to wait a few more days for the push button for the flap to arrive, two were £1.79. Attaching it was slightly messy, just because I didn’t have the right tools, but in the end it all worked out. 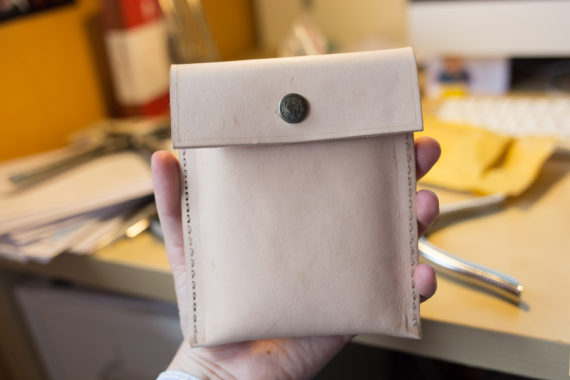 ..and here is my finished case. I have been using it for over a month now. It still has a strong leather smell, not sure when that will go away, but it is very sturdy and practical. 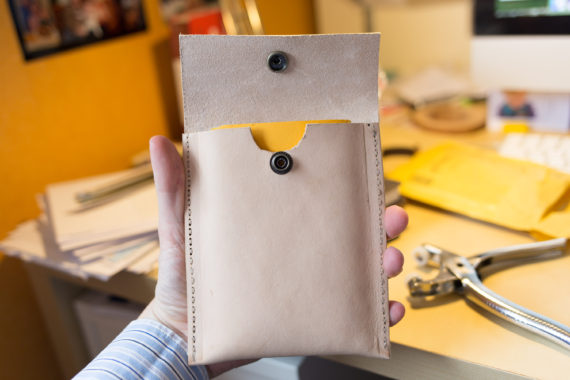