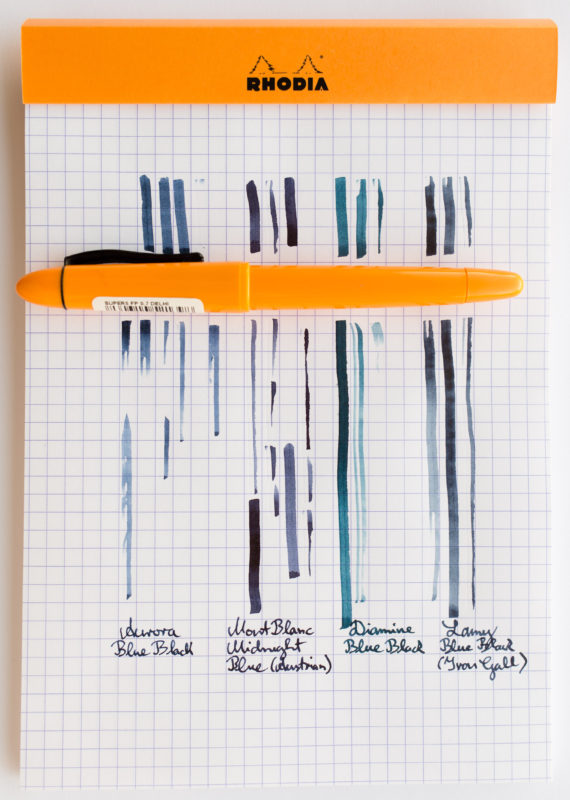 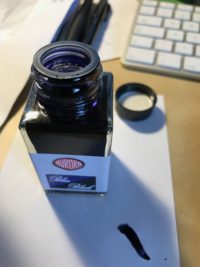 A lid and a plug… 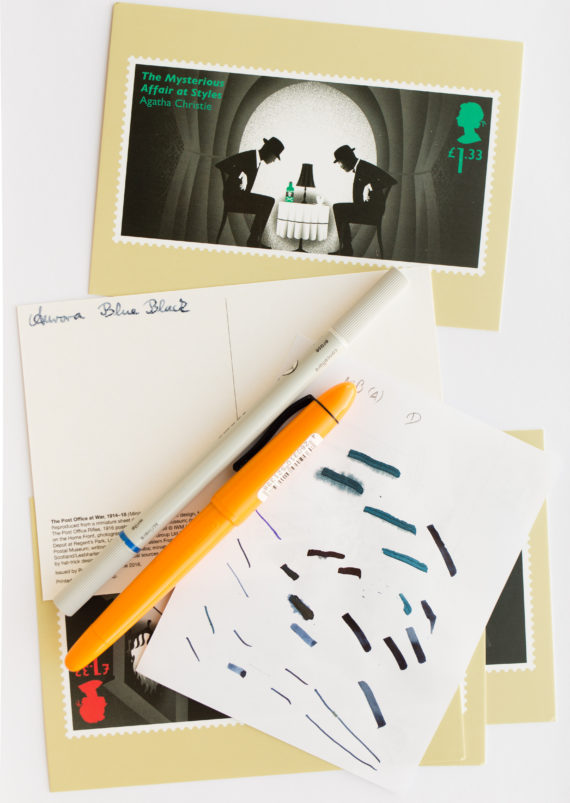 Testing on Royal Mail postcards with a Super5 0.7 in Delhi Orange

To test what’s going on with the Aurora Blue Black on this post card I tried an ink eraser on this ink. Immediately the blue component started to disappear1. 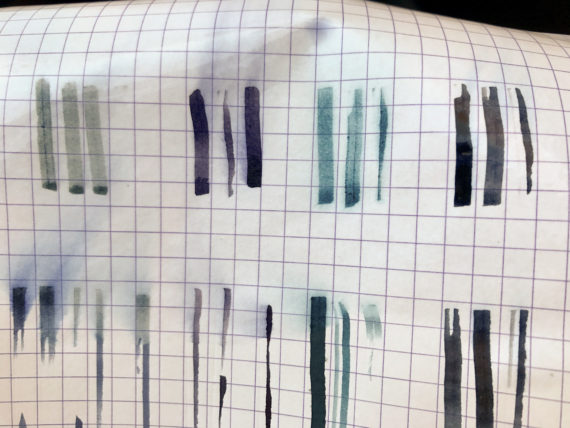