I just found out that Joe Dever, the author behind the Lone Wolf books and other books and games, has died.

His Choose Your Own Adventure books are great. I didn’t own any as a kid, but lent a few from friends who had them. Twenty years later I bought some and again rediscovered them another ten years later.

As his millennium gift Joe Dever made his books available free of charge online. 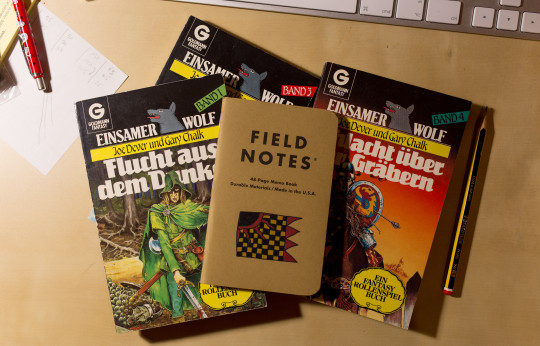 Well, here’s my Choose your own Goodbye:

1 If you wish to bid him farewell turn to 2

This morning Radio 4’s Today programme talked about marginalia in medieval manuscripts [2]I was quite tempted to spell it mediæval.

You can listen to it online, the segment about the marginalia starts at 1:43:40 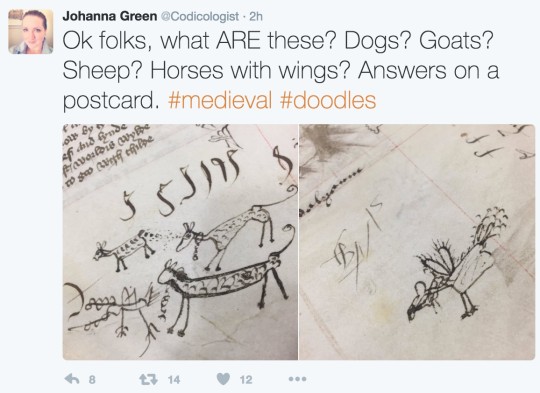 In this segment Dr. Johanna Green from the University of Glasgow looks at the doodles and ink flow tests in the margins of a 15th century manuscript.

I believe that the use of the twitter screenshot in this blog post falls under “fair dealing” as described by the UK Copyright service.