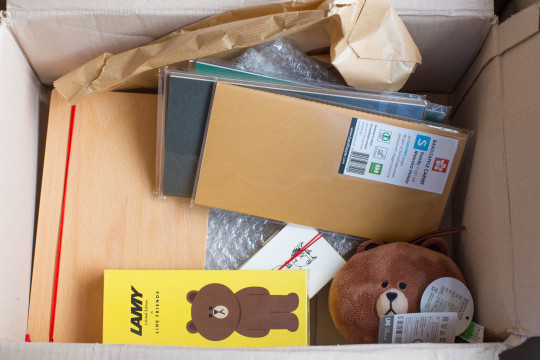 After Brad and Myke mentioned the Lamy Line Friends pens in the last two episodes of the Pen Addict podcast I couldn’t resist and just have to show my ‘Line Safari’ – despite my intentions of keeping the number of fountain pen posts in the blog low so that the focus can be on pencils.

The Line characters started life as icons in a messaging app, but became so popular that now there’s a whole range of merchandise based around them. I think my first exposure to them was as icons in the WeChat app. 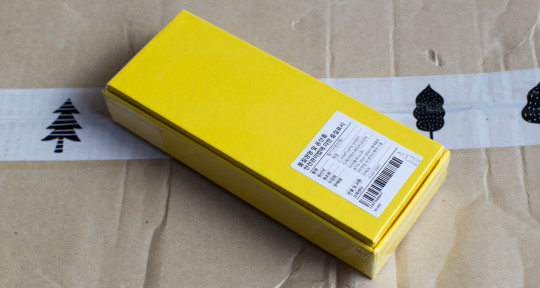 I got Line Friends Lamy Safari  from Arnie Kim, the man behind the Banditapple notebooks I reviewed five years ago. Initially I contacted Arnie about this in February or early March, but it took quite a while for him to get his hands on any, in the beginning they always sold out as soon as new stock arrived, with long queues forming. 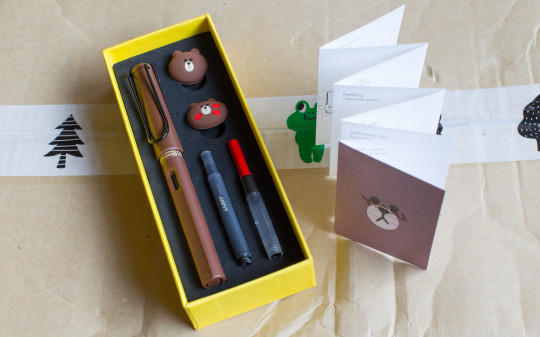 I plan to soon write more about the other exciting items I got in this parcel from Korea. 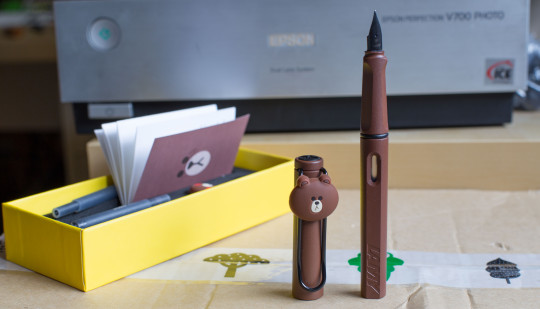