I try to keep the number of fountain pen posts low, but I guess every month or so a blog post about fountain pens is ok without diluting the pencil theme of this blog.

I once saw a real one in Papier Pfeiffer (a brick and mortar shop you might remember from this post), but the brown plastic didn’t look so good in the strong light in the shop, but anyway, I was very tempted to buy this pen. There was also an online shop in the UK that sold it for a very good price, lower than what I’ve seen in any other country (it might have been The Writing Desk – I’m not sure), but I somehow thought I can’t justify paying that much, mainly because I already have a tortoise fountain pen, a white M400 you might have seen in several of my previous posts – and I thought having two beautiful fountain pens will mean that I can’t treasure each of them enough.

…but I kept thinking about that beautiful tortoise M101N. There was a M101N that was released after the tortoise brown version:  the Lizard Special Edition, but I didn’t like the look at all – plus the retail price was much more expensive. Rumours have it that there’ll be a red tortoise version soon. I fear it will be even more expensive than the Lizard version.

Recently I got lucky and got a tortoise M101N for a good price from a seller in Japan. I think I paid  more than what I would have paid at the cheap UK online shop back when it was new – but for 2014 it was a good price. I really wasn’t sure whether I should spend that much, but anyway, now it’s done. I might sell some other pens soon to compensate. 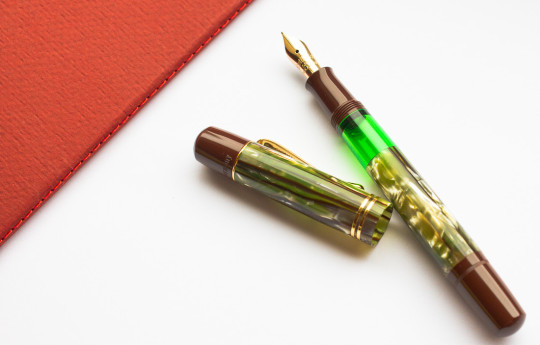 The M101N the most beautiful, but also the most expensive fountain pen I own. It’s a shame it’s so expensive. I know they call it resin, but in reality that’s not so different to plastic, is it? What a shame that these pens aren’t mass produced and sold for a cheap price. Pelikan had a go at cheap piston fillers in the past with their Pelikan Go!. Too bad that didn’t work out.

Wouldn’t it be nice if these beautiful pens were easily affordable? Then I’d love them even more, but I guess the less common fountain pens become, the more expensive they’ll become. Ink is also getting more expensive.

This reminds me of a time when this was quite different. The following is from Herbert Rosendorfer’s book Das Messingherz, p. 508. The book was first published 1979.

In a small stationery shop (…) [he] bought a little bottle of ink. It cost one Mark and fifteen Pfennig, despite being the most expensive kind of ink. (…) How do ink manufacturers get rich? [he] thought. A little bottle of the luxurious type is one Mark fifteen Pfennig, and since I’ve been writing I’ve only used up one. Ok, Heinrich Böll wrote more than me, let’s say – if he didn’t use a type writer or a ballpoint pen – that he used up six bottles of ink. No – [he] calculated all the things Heinrich Böll wrote – no: eight. eight times one fifteen. (…) Ten Mark twenty. 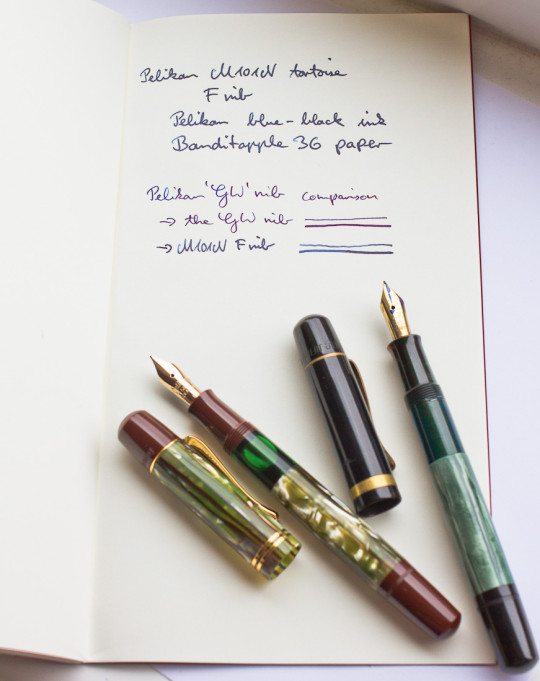