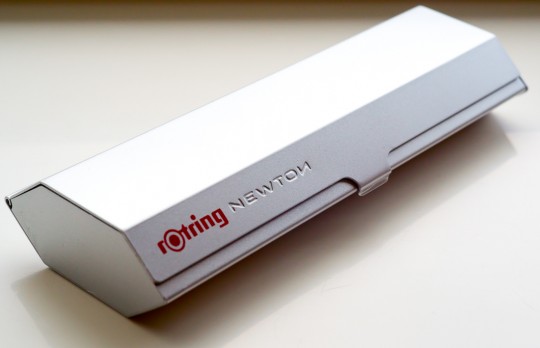 Rotring has changed a lot since Sanford / Newell Rubbermaid took this company over in 1998. It actually changed so much that it’s difficult to believe that the generic products that are left today used to be from a company that created many great pens and pencils. The sad remains actually remind me of the transporter accident in the first Star Trek movie, where Starfleet replies to Kirk “What we got back didn’t live long – fortunately”. 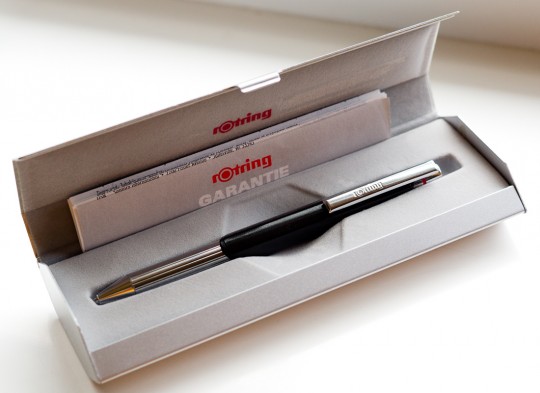 Today I want to talk about one of their post-Sanford pencils, the Rotring Newton. I saw it being advertised on Japanese web sites as being Made in Germany, but I doubt that. The Rotring 600 morphed into the first Rotring Newton, sometimes referred to as the Rotring 600 Newton, which then became the pen shown in this blog post, the final version of the Rotring Newton, a pen that can look nice, depending on the colour combination chosen, but that doesn’t feel like a proper Rotring. Even though this pen is not available any more with a red ring on its barrel, it is still available – in its reincarnation as the Parker Facet. This doesn’t come as too much of a surprise because this pencil doesn’t feeling like a real Rotring and because Parker is another subsidiary of Newell Rubbermaid.

I mentioned that this pencil doesn’t feel like a proper Rotring. The main reason for this is that it is not very practical – it is actually one of the most impractical pencils I know. To advance the lead once you rotate the front barrel clockwise. If you rotate the barrel counter-clockwise you advance the lead and unlock it, i.e. the lead can be pushed back or can be pulled out. If the barrel is in this position and if you wanted to and if there’s no other lead blocking the way you could refill lead by pushing them from the tip into the pencil. 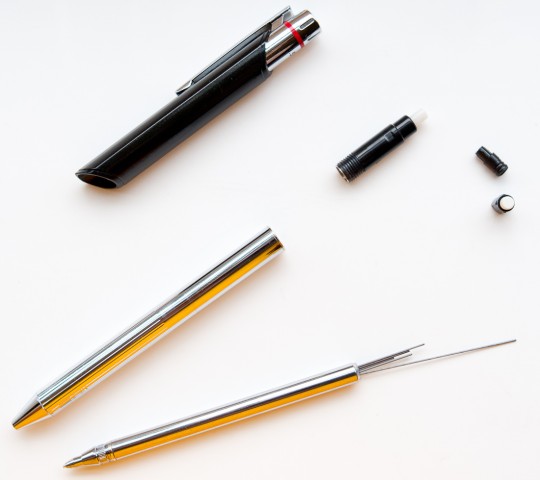 Dave has a review of the Trio version of this pen.